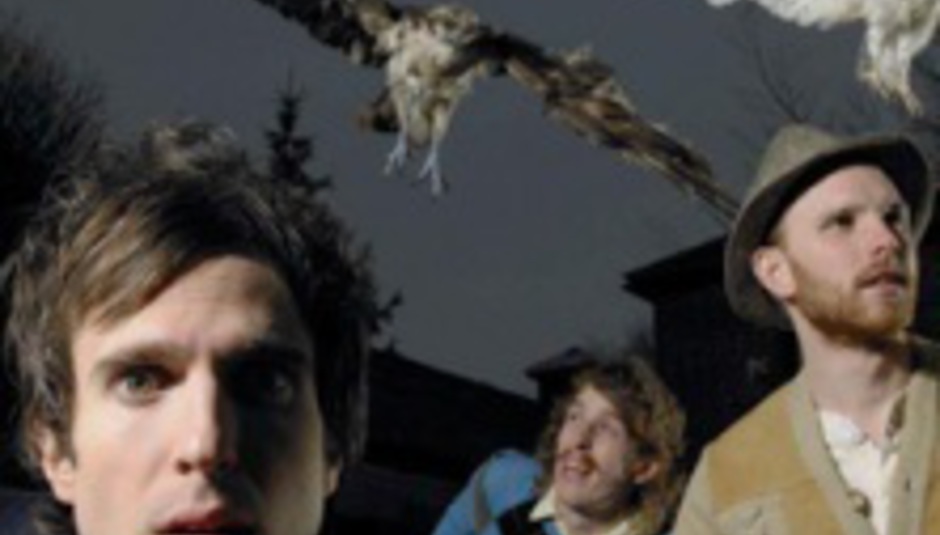 Chart round-up: not even for a Scooby snack

Does the UN make New Year’s resolutions? If so, what do you think they might be? My resolution is to watch less Christmas telly. Honestly, first there was Shrek 2 (literally no laugh too cheap), then the Extras Christmas special (protracted whine with celebs outnumbering the jokes at least 10-1), and last and most definitely least, via a regrettably unavoidable friends-of-family scenario, the deluge of unrelenting misery that was the Eastenders Christmas episode. No attempts at levity or light-heartedness, just two couples rowing. For an eternity.

After which Eddie Izzard-esque tangential hilarity, the charts: Leon Jackson still refuses to budge from his nest of strange non-sequiturs and laughable key changes at number one with ‘When You Believe’.

Meanwhile Hoosiers shore up the fag ends of the top ten with ‘Goodbye Mr A’ – hang on, he really does say ‘AIDS’, doesn’t he? – butting their way into my conscience like they do on that fucking horrible advert. If I were to chase them with a knife, I'm confident I would be able to stab them, because when they tried to run away they would run on the spot for ages with an accompanying comedy sound effect like in Scooby Doo. Not that I would ever advocate such lunacy.

Basshunter rocket, nay, tear a veritable new asshole in the space-chart continuum, up 156 places to 14 with their trancey bit of fluff ‘Now You’re Gone’, while The White Stripes drop a clanger with ‘Conquest’ debuting at number 30 – sorry, kitsch-hounds, but fuck off - and the gewl Nash, Kate rises much like her voluminous hairdo to the heady heights of 34.

Biggest splash in the album charts this week is Ray-Joe-Head who go in at number one with the physical release of In Rainbows, outstripping nearest competitors Take That by over 10,000 sales. Therrific effort, Thom.

One annoying quirk of the top ten today is the appearance of two albums with the word ‘life’ in them, Amy Macdonald with This Is The Life at six, and Hoosiers with The Trick To Life. I refer both those acts to Des’ree for a definitve study of that peskiest of quandaries.

Highest climbers this week are Editors, whose debut album The Back Room leaps like a jack-in-the-box from the very bowels of hell up 125 places to 52. Apparently it’s on at two quid on Play.com, if you fancy a squizz, as is ‘essential’ Oasis best-of Stop The Clocks, ‘avin it fooking large at 32.

On a last note, I’d like to take issue with the media’s insistence on the use of the word ‘fook’ in sole reference to Oasis’ reported speech. It sounds nothing like, and I would instead like to like to propose ‘fuhkkin’’, or ‘fhhucken’ or something like that instead. Who’s with me then?