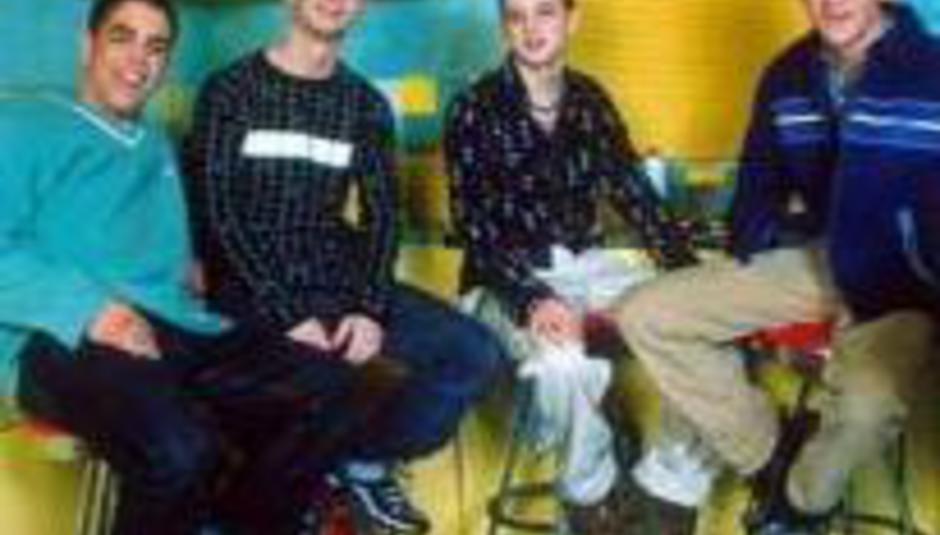 I actually calculated the success of the Spice Girls reunion, using the following formula conceived of by researchers at a university in America:

Highest scoring band yet to reform were North And South, so if you’re reading this boys, I think it’s safe to say the time is ripe.

I only mention because I’d yet to notice the new (well, ish) Spice Girls single, ‘Headlines’, ‘til I spotted it residing at number 11 this week. Possibly that’s because it’s crap. Most noteworthy for a video featuring Posh sporting some truly ridiculous underwear and Geri Halliwell flashing a stomach you could grate cheese on, it’s a a wishy-washy ballad that’s as annoying as trying to have sex with a squashy cock.

Shayne Ward stops for a nice rest at number 6 with ‘Breathless’, a deathly dull ballad enlivened somewhat by Shayne’s ‘brave’ decision to embellish the track with a piercing banshee wail halfway through. "If we had babies, they would have your eyes" he confidently asserts, although presumably not in the "out, vile jelly" sense.

Elsewhere T2 Ft Jodie Aysha enjoys a righteous ascent to number two with their boss garage-revivalist tune ‘Heartbroken’. And apparently unaffected by Carrie Bradshaw-wossisname’s damning review of their new album the other day, Girls Aloud romp to number 9 with ‘Call The Shots’, which in spite of its cool synth-pop referencing still sounds to these ears like a decent pop group going off the boil.

Gallows and Lethal Bizzle reignite the spirit of 1977, minus the point, with their block-headed cover of ‘Staring At The Rude Bois’ at 31, while Sugababes disappoint with ‘Changes’ in at 85 a week ahead of full release, in spite of a real-purdy video featuring Keisha with lovely pink eyelashes. Fnarr, fnarr etc.

The album charts are about as bare as Harry Potter’s balls this week, save for a few nonentities milling about disinterestedly - Katherine Jenkins at 3, Fron Male Voice Choir at 11, Lee Mead at 16... seriously, who are these people? Other noteworthies include Leona Lewis, who’s got Spirit at number one – good for you, girl - Girls Aloud who Call The Shots at nine – good for you, girls – and Alicia Keys who appears As I Am at 14 – good for you, girl.

Vapid vanguardists of The Eighties Duran Duran have a torrid time of it with Red Carpet Massacre stalling at 44, while Gorillaz take their offcuts collection D-Sides (review) to 63 with a misfiring bullet.