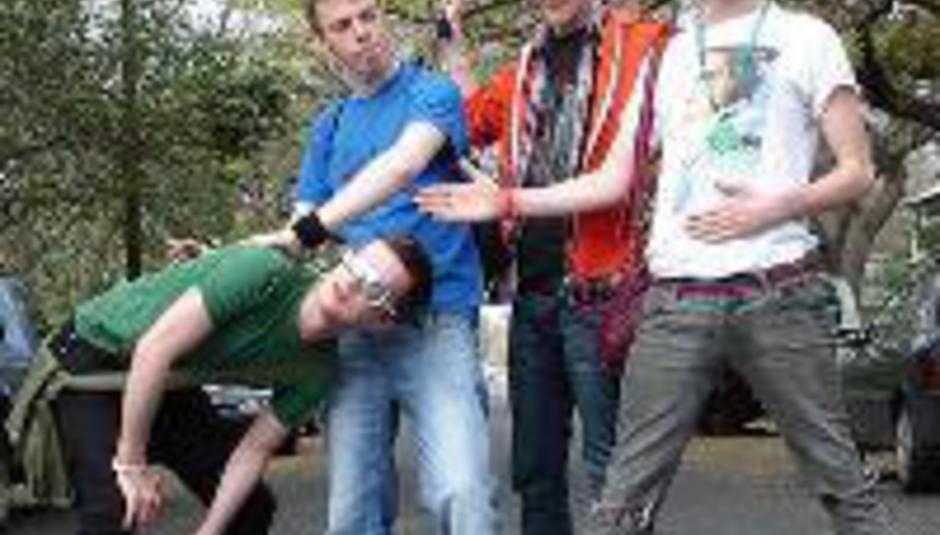 The December 15 show - 4pm 'til 8pm, kids, so there's plenty of time for pre-Christmas partying afterwards - will feature the following hawt bands:

Errors (pictured)
Coming all the way from Glasgow to play our DiScover Christmas bash, this house-loving electro-rocking four-piece recently supported Underworld on their autumn UK dates, and have their debut album all but ready to roll. Expect its release early next year via Mogwai's Rock Action label. Errors' recently re-released How Clean is Your Acid House EP, originally reviewed here, is available now, as is their fantastic 'Salut! France' single (review).
MySpace

Rolo Tomassi
No doubt about it: these Sheffield kids (relatively speaking - they're all above the legal age to be playing such wildly inventive progressive hardcore) have made amazing progress in 2007 after we first highlighted their superb self-titled EP (review) - since re-released due to public demand, via Holy Roar - last year. With an album due in 2008 and a series of offers flooding their way from all manner of interested labels, the next twelve months could be quite magical for Rolo Tomassi. This show is, maybe, your last chance to catch them quite so up close and personal in the capital.
MySpace

Tired Irie
Leicester's Tired Irie's latest EP release, a self-titled effort via the Try Harder label (review), has seen the quartet step their game up considerably to match the complex rhythms and yelp-along vocals of former labelmates and current media darlings Foals. With dance-friendly future classics in their canon already, 2008 could well see Tired Irie make good on all the potential they've demonstrated to date. Be sure to get in early doors to see them in the flesh.
MySpace

Add the DiScover Christmas Party to your gig calendar here

2008 DiScover dates for your diary: