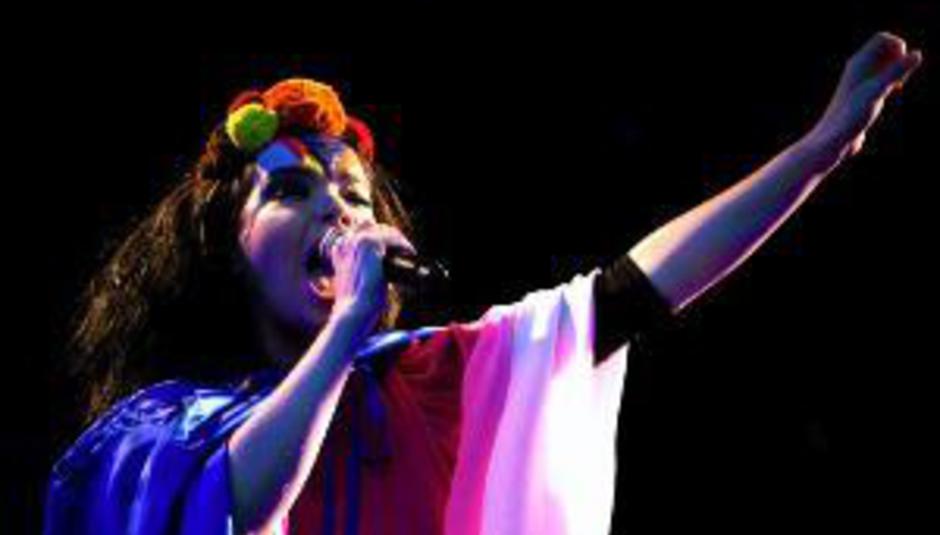 Björk announced her first UK tour in four years over the course of the weekend.

The acclaimed solo artiste will play eight days strung across these isles when she visits in the spring:

Tickets for the shows, which will feature an all-female, 10-piece Icelandic brass section and Chris Corsano (Sonic Youth) on percussion, go on sale at 9am this Thursday, 22nd November from GigsAndTours.com. However, an exclusive pre-sale will start from Bjork.com at 9am this Tuesday. Go there, sign up, queue jump.

Entry to all will cost £36, barring London which comes to £40 per head.

Also in the pipes for the next few months is a brand new single - ‘Declare Independence’ will come out here on New Year’s Day, preceded by a Michel Gondry-directed video which should be doing the rounds online by the 26th of November. Gondy previously worked with the singer on videos for ‘Hyperballad’ and ‘Army of Me’ - see the latter in evidence below: