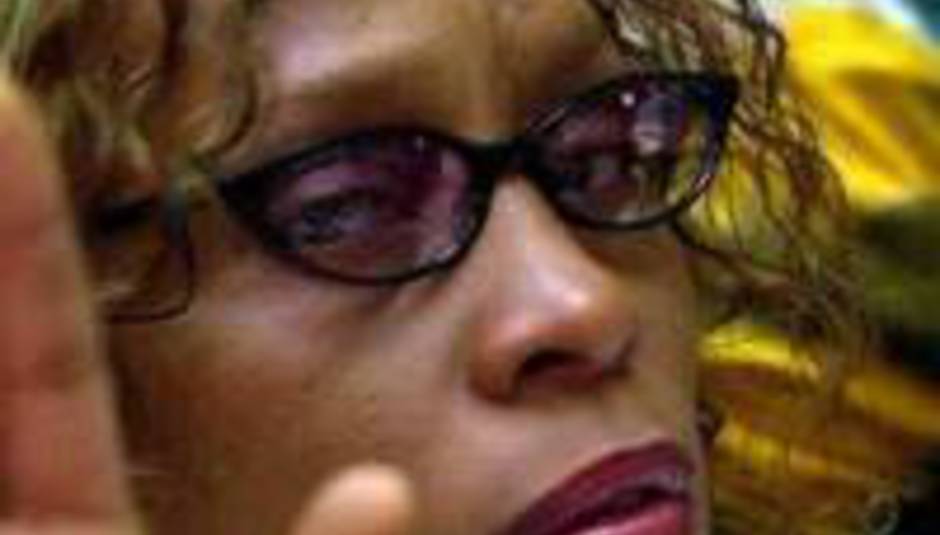 Chart round-up: Don't call me Whitney, 'less you're addressing the artist at three

Somehow, Leona Lewis stays sat atop the UK singles chart this week, proving that made-by-television pop artists aren’t necessarily one-hit wonders washed up come the next year’s competition (no, Shayne, that’s not a pop… honest). Her ‘Bleeding Love’, taken from debut album Spirit (released this week), holds off the competition from another-week-at-number-two Boyzone idea-pinchers Take That (‘Rule The World’), and up-one-each Timbaland presents One Republic (‘Apologize’, maybe the worst song of 2007; seriously, listen and watch here) and Mark Ronson’s Winehouse-featuring cover of The Zutons’ ‘Valerie’. Westlife tumble two, from three to five, no doubt quaking in their M&S suits at the announcement that their Irish boyband forefathers are getting back together for Comic Relief.

Craig David climbs high, up to seven from 19, with his Bowie-stealing ‘Hot Stuff (Let’s Dance)’. He’s from Southampton, you know, so we’ll go easy on him given the Saints’ battering at Sheffield Wednesday Saturday. Also rising faster than naughty boy pants huddled around a flat-screen showing an MTV Cribs Playboy Mansion special is Alicia Keys, whose ‘No One’ is up from 26 to nine. She used to have hair like the Predator, which we guess must make ‘My Boo’ collaborator Usher an alien. Acid for blood!

New at 12 – highest new entry time! – is Kylie Idon’tneedasurname Minogue, whose ‘2 Hearts’ beats away enough “But… but… it’s just a really bad Goldfrapp pastiche” comments to almost break the top ten. Expect it to next week, as it’s currently only available on download. Also new at 13 is dead sandwich fan Elvis Presley with ‘In The Ghetto’. DiS never realised he’d ever owned property in Tulse Hill. The Spice Girls getting most of their kit off can only propel comeback single ‘Headlines (Friendship Never Ends)’ to 20 for the time being.

In other singles chart news: horrible fucks Nickelback return with ‘Rockstar’ (34); R‘n’B quartet Boyz II Men are back with a bump, with the classic ‘End of The Road’ (43); tiresome but strangely popular drum and bass lot Pendulum guide ‘Granite’ to a decent placing (48); and Seal’s ‘Amazing’, electro overtones and all, as good as props up the pile (74).

Albums: very few of interest are yet to be released in 2007, so this is the beginning of the end ‘til January picks up the pieces. Whitney Houston (pictured) is giddied by a rise of two, from five to three, with her The Ultimate Collection. Be sure to hide… well, everything, should she be celebrating; woman makes Winehouse look like Ian MacKaye. The highest new entry of note comes from perky indie-poppers The Wombats, whose A Guide To Loss And Desperation debuts at 11. Britney Spears’ Blackout falls from two to 13 this week, while Rhianna separates the renowned pop-mentalist from the Joy Division-requesting new kids on the pop block.

SCROLL… Someone called Blake is in at 18 with a self-titled album, Sigur Rós’ so-so Hvarf/Heim double-disc effort makes 23 first week, and Jay-Z’s American Gangster enters at 30, one place lower than the fucking awful post-Blink-182 project Angels & Airwaves - I-Empire is at 29.

Bruce Springsteen is at 36 (Magic falling from 25); The Libertines’ best-of collection Time For Heroes slips from 23 to 41; and Neil Young finds himself sliding, too, down to 53 from 34 with Chrome Dreams 2. A non-mover rests at 71: congratulations Hard-Fi and their Once Upon A Time In The West.

Sorry, Take That are the ones with the M&S deal? They all look the same to me...

Out this week: new singles by Chromeo, Bloc Party, Correcto, Shitdisco, Asobi Seksu and Pigeon Detectives. Keep up with our singles reviews by clicking here.