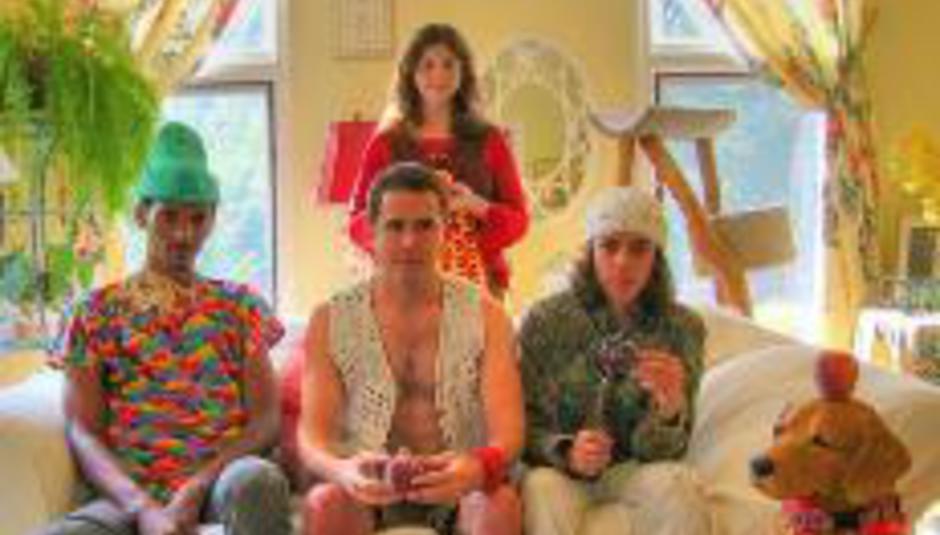 Washington DC quartet The Apes are to release their fourth album, Ghost Games, early next year through the Gypsy Eyes label.

The date for your diary: February 19. The follow-up to 2005's most excellently weird Baba's Mountain is the first to feature the band's new singer Breck Bunson. DiS caught T'Apes with Breck at SXSW earlier this year and was properly impressed.

A new track, 'Beat of the Double', can be heard at the band's MySpace page, here. It's also available to download for free here.

If you're at CMJ in New York, catch The Apes live: