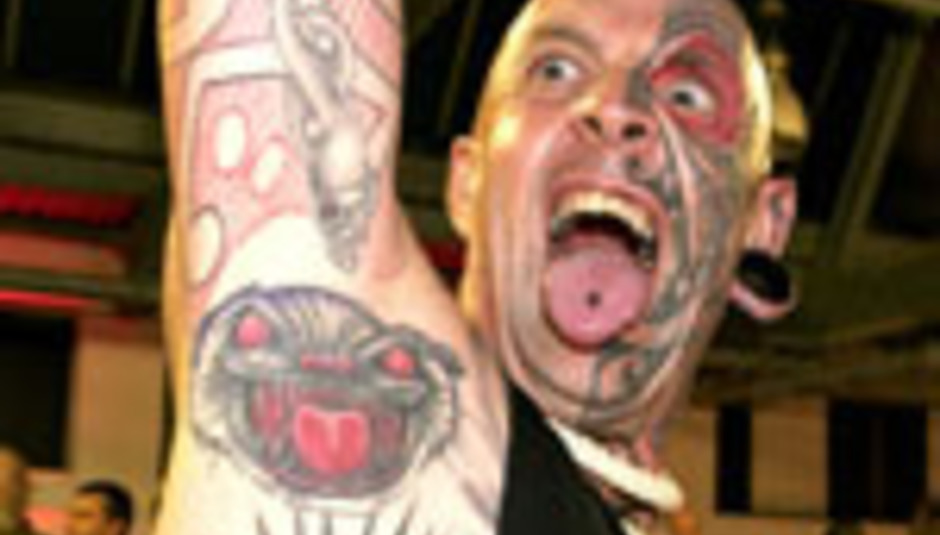 The London International Tattoo Convention is in its third year and takes place on 5-7 October at the Old Truman Brewery in Brick Lane. You can win a pair of weekend passes by entering this competition.

2005's event attracted over 15,000 people which rose to 17,000. With those maths, I reckon about 20,000 will turn up this year. Probably. Someone, somewhere has called it THE Number One Alternative Event Of The Year in London. Heady praise.

It'll be packed with over 180 top tat artists from all over the world. Some Japanese dudes who have never been to Europe will be there as well as top drawer inkers such as Paul Booth and Filip Leu. They don't usually do this kinda shit but they're making the effort

There are also tattoo contests with such categories as Best Tribal, Best Backpiece, Best Black & Grey, Best Colours and Best of Show. I would love to win Best Backpiece but I doubt I will. There's other stuff like belly dancers and the Suicide Girls there as well. It'll be mint. Apparently Tera Patrick's gonna be there too. Expect photos.

To win a pair of weekend tickets all you have to do is send me an e-mail with your name and phone number. That's it. No pictures of your horrible, sagging tits/arse (I couldn't tell) this time. Please.

Email: nobody because this comp is closed
Subject: TATS

You might win. Who knows? For more information visit TheLondonTattooConvention.com