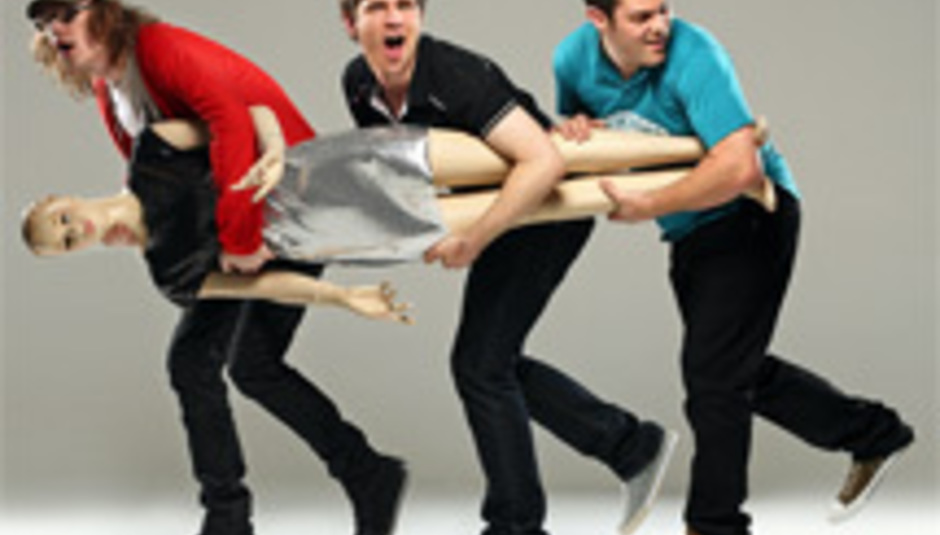 One man’s cess pit is another man’s bath, so are we bathing in Evian or shit this week in the charts? Bit of both as usual.

Sean Kingston’s ‘Beautiful Girls’ (4) is rightfully dethroned by the Sugababes’ ‘About You Now’ after six weeks whilst Shane Ward begins to slip perilously towards Steve Brookstein's bunk with poolside dirge ‘No U Hang Up’ (2). Meanwhile, the cretinous entourage of 50 Cent, Timberlake and Timbaland continue to stand round comparing erections with ‘AYO Technology’ (3).

Far more tedious is the scrap between Scouting For Girls (9) (“You’re funny, you’re yummy, I think your daddy makes a lot of money”) and the grammatically questionable Plain White T’s (6). Who do you side with? Which would you rather: a cyst or a weeping sore? Either way, they shouldn’t be allowed anywhere near Rihanna (10).

Advert-botherers Feist (iPod Nano) and Phil Collins (Cadbury’s Dairy Milk) sit at 16 and 22 whilst elsewhere in the Top 40 ‘Young Folks’ won’t give up at 13, Michael Ballack doppelganger Jack Peñate sits jug-jawed at 17 and 30 Seconds To Mars enter at 28 despite being utter gash. Bristol City and The Wurzels break in at 66 despite a disheartening goalless draw with Preston at the weekend.

Albums. Foo Fighters shift a remarkable amount in their first week with Echoes Silence Patience & Grace to ward off James Blunt’s lothario stench. On the subject of Blunt, see what amazon.co.uk returns from a search for ‘wanker’. Winehouse (3) continues to lure in the fleeting shopping aisle eye, now four-times platinum with Back To Black; PJ Harvey joins the chart parade with White Chalk at 11 and José Gonzélez sits mildly attractively at 19. Last word should go to RyanDan, as their hideous portmanteau looms large at 7, managing to simultaneously inflict ABH on both pop music and the english language.