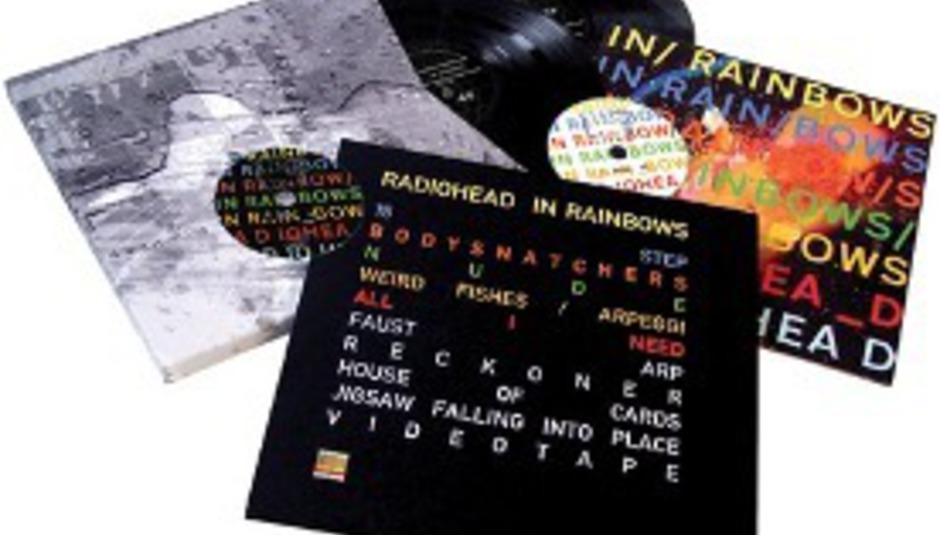 No hoax, it would seem. Radiohead have announced that they shall digitally release their new record In Rainbows in ten days time (October 10) with YOU deciding how much it's worth. A Discbox release of the record follows on December 3. A 'traditional' format release of the record is also scheduled for early 2008.

"Hello everyone.
Well, the new album is finished, and it's coming out in 10 days;
We've called it In Rainbows.
Love from us all.
Jonny"

Pre-order the record from HERE.

In Rainbows runs as follows: