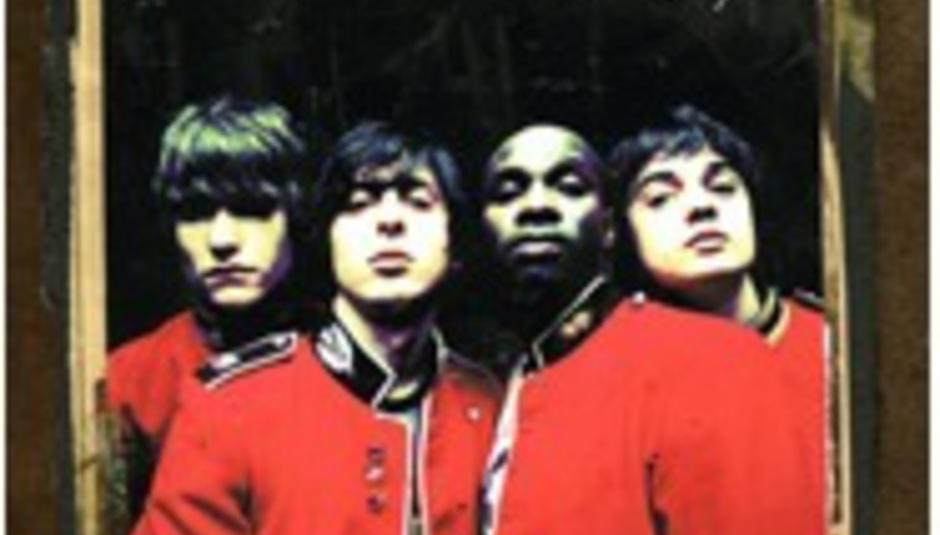 A kindly reminder for those that forgot. A 'best of' compilation of The Libertines, featuring a rarity, a b-side and an attempt to gloss over the fact that The Libertines was a hackjob, is to be released next month (October 29). It will be titled 'Time For Heroes - The Best Of The Libertines'. Cover pictured.

Nice. Nothing else needs to be added.