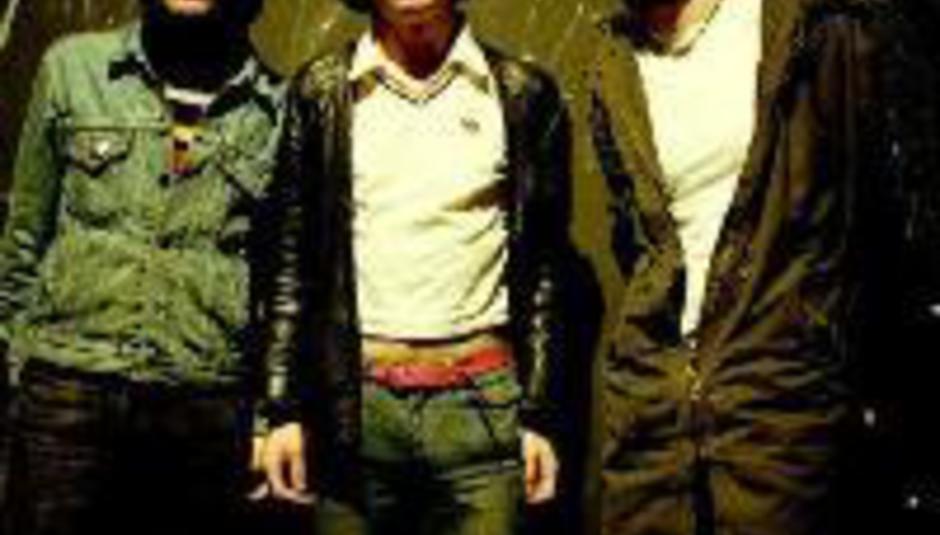 The Cribs on new single: "Edwyn popped in to help"

The Cribs' Gary Jarman has posted a MySpace bulletin regarding the release of his band's new single, 'Don't You Wanna Be Relevant'.

Says one of three northern folks:

"We just arrived in France after an overnight drive that included four back-to-back Only Fools and Horses episodes. Rodney's over-sized coat was the best bit.

"Anyway, I'm not the most internet savvy fella, but as you may know, we are releasing a brand new track - one not available on the (Men's Needs...) record - called 'Don't You Wanna Be Relevant', along with 'Our Bovine Public' and I have been asked to provide you with the pre-order link:

"There is a picture disc (yep, just like Queen used to do); a second vinyl version, which includes 'Kind Words From The Broken Hearted', and a CD which includes 'My Adolescent Dreams' will also be available.

"'My Adolescent Dreams' and 'Kind Words...' are new songs from the session we did recently back at Edwyn Collins' studio, which as some of you may know is quite a significant thing that we can get back there. Edwyn popped in to help!"

The Cribs are currently in the middle of a Spaced binge. Possibly. 'Don't You Wanna Be Relevant' is released through Wichita on October 22.