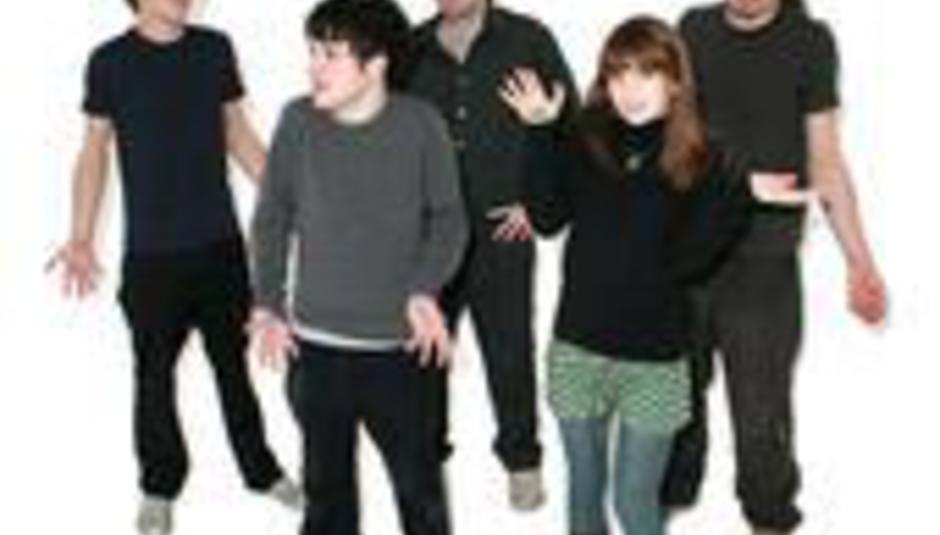 Do you remember your first time? We don't, any more, which is purely because we've put together so many DiScover bills now that, frankly, the past has become something of a blur. Great music, free entry, cheap drinks: it all adds up to the sort of result capable of making the brain ache with delight.

This Saturday, September 22, DiS again rolls its merry way down to London's Notting Hill Arts Club for an afternoon of great, free music, in association with Rough Trade Shops. Doors are at 4pm, entry restricted to over-18s - same old same old. And who's playing...?

Cats And Cats And Cats (pictured)
A band at odds with conventions, capable of turning on a sixpence to deliver glittering post-rock soundscapes but seconds after frantic beat-punk-pop. Epic in all the right places, the five-piece's recently released split with This Town Needs Guns earned a neat 9/10 on this very site.
MySpace

This Town Needs Guns
Speak of the devils, eh... Oxford-based five-piece TTNG are similarly acclaimed, and will be stopping in at Saturday's DiScover Club for an early set ahead of another show in their home town. Best get in early if you want to catch their jittery indie riffs and emotive vocals.
MySpace

Let Airplanes Circle Overhead
This trio's self-titled EP of not so long ago, released through the mighty fine Motivesounds label, received the DiS seal of approval here. Although the instrumental outfit are still young, their potential is gob-smackingly obvious; sadly, though, this may be their last show in their present formation. Our advice: come along for a piece of history.
MySpace

House Of Brothers
HoB - aka Andrew Jackson - played for DiScover back in January. We fell in love then, so we're dead chuffed to have him back, acoustic guitar in hand, for September's show. His debut EP, Dead Man, is due out soon through Big Scary Monsters. Comparisons to Bright Eyes and Elliott Smith really aren't so wide of the mark.
MySpace

Add this show to your gig calendar here

In related news: DiS is pleased to confirm that Joe Gideon and the Shark will play November's DiScover Club, on the 10th of said month, following the split of Mother Vulpine. The two-piece's fiery blues stomp impressed us greatly at a recent show, alongside Josh T Pearson and Devastations, so we're dead excited to have them at Notting Hill. Check out their MySpace here and the full bill here.

October's DiScover Club (Oct 20) features the talents of Caz Mechanic, Mt. and Stars of Aviation; in December, the DiScover Christmas Party goes off on the 15th. Full line-up is strictly TBA, but it's going to be a right little corker and no mistake.