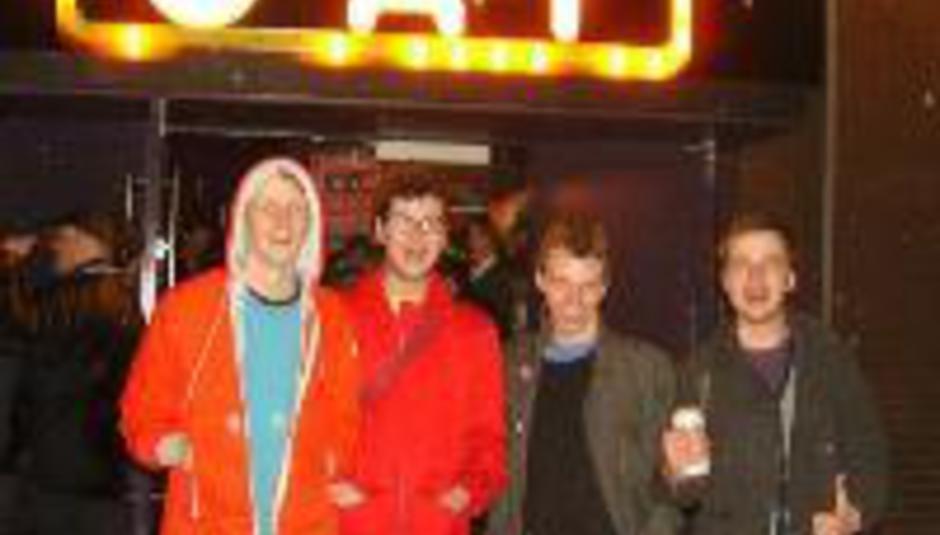 Rock Action-signed glitch-electro quartet Errors are to tour this autumn with Underworld.

The band are to take a break from recording their debut album to join the 'Born Slippy' hit-makers as they tour these lands of ours. Dates below:

In addition to the above shows, Errors will also be supporting Calvin Harris at Glasgow's Old Fruitmarket on September 29. The show is a free-entry event, but advance tickets are necessary. Click here to get some.

In related news, Errors' How Clean Is Your Acid House EP is to be re-released in October, ahead of their album which is due out in early 2008. DiS would like to see it pressed on FAT vinyl, please Rock Action. Click to their MySpace, here, for more information.