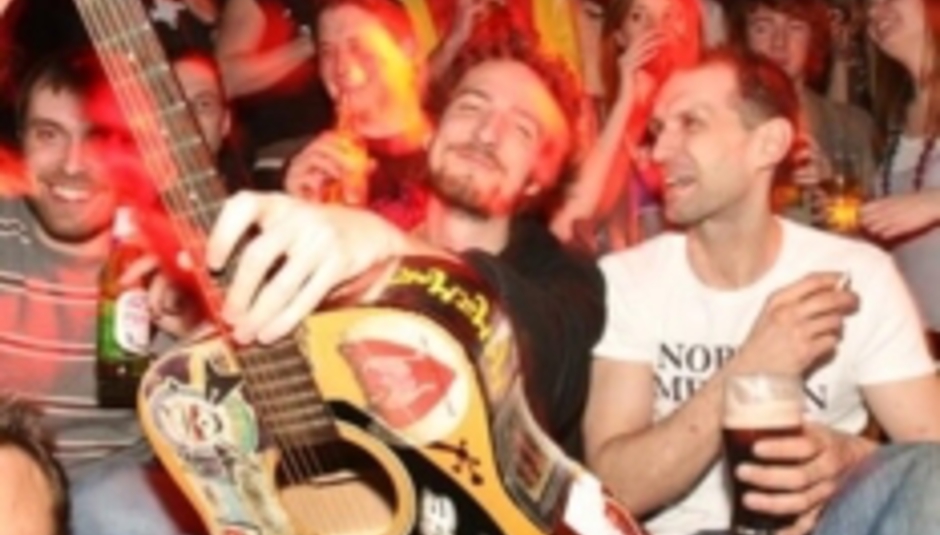 This is Softcore: Turner, Matranga and friends hit the road.

Ex-shouty man turned folk-dude Frank Turner is to team up with the thoroughly-polite Jonah Matranga – ex of influential emo-core types Far and previously to be found under the name onelinedrawing – for a seventeen-date tour this September.

As if that’s not excellent enough, a CD of the acts doing hardcore punk covers in an acoustic will also be available exclusively on the dates above.

In Other News, Jonah Matranga looks set to release a solo album on Xtra Mile before the year is out, the first to be released under his own name. Mr Turner, meanwhile, has recently busied himself demoing material for his second album, and is currently rumoured to be celebrating his one trillionth year on the road.