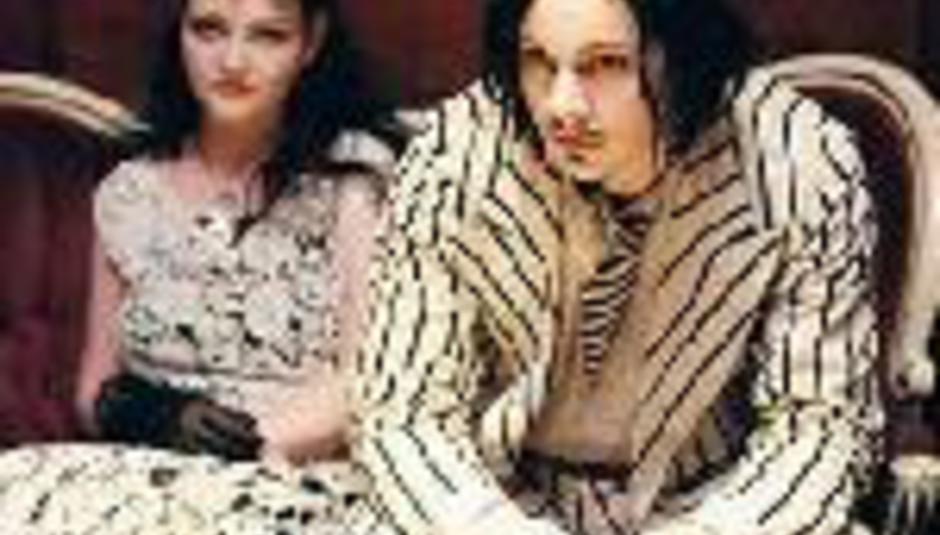 Some bands might try and put the 'art' into the charts, disgusted as they are with all the commercial dross choking up its failing innards on a weekly basis. Here at DiS we like to put the 'ha' in charts, as in 'ha ha ha ha fucking ha'. Luckily for us they're usually quite funny anyway, so we don't have to tell any shit jokes.

Not that Jack White's laughing much - The White Stripes’ ‘Icky Thump’ fails to halt the imperious Rihanna, who sits pretty at the top of the charts for a fifth week running with ‘Umbrella’. Still, number two’s hardly a disastrous result – even ‘Seven Nation Army’ only made it to seven, donchyer know... Highest new entry – disregarding the ninth-placed Kelly Clarkson, you don’t care about her – is The Holloways’ re-release of ‘Generator’ at 14. That’s a sixteen-place improvement on its original chart entry last year, but an insufferably upbeat bit of calypso twaddle it remains nonetheless. Right up their jacksies at number 15 are prog old-timers Marillion, with a kill-yourself depressing new entry by the name of ‘Thankyou Whoever You Are’, this being their preferred post-coital line to a skanky old prostitute. One might imagine. Perhaps. Sigh... Ever felt your will to live ebbing away with the tap-tap of computer keys?

Maximo Park’s 'Books From Boxes', second single to be lifted from sadly-unloved sophomore LP Our Earthly Pleasures, makes a dignified new entry at 16. Editors, meanwhile, have to make do with number 30 for ‘Smokers Outside The Hospital Doors’, lead single off new album An End Has A Start. Dom Gourlay reckons it’s the shit, I just think it’s quite shit. But then, I am a bit of a shit. And no, you’re not going all bog-eyed – that is two of Avril Lavigne at numbers 31 and 32, with first and second singles proper from The Best Damn Thing, ‘Girlfriend’ and ‘When You’re Gone’. The Gossip puff and pant their way up to number 39 with ‘Listen Up’, which rather suggests they need to go and write some decent songs for the next album if they don’t want to end up a hairy-pitted memory on the distant horizon in the near future. Actually it’s not that bad, but you get the general idea.

Sneaking a peek over at the album charts, and contented dads nationwide will be thrilling to the strains of Travelling Wilburys, Bon Jovi and The Police, who all have impeccably-timed new entries at numbers one, two and three respectively. Queens Of The Stone Age’s Era Vulgaris enters at number 7, dividing listeners as it goes – effortless cool or lazy water-treading, folks? The Who are another pater-familiar act to make a top ten debut with their retrospective Then And Now. Always thought they were overrated, myself.

Marilyn Manson looks distinctly hell-bound as his Eat Me Drink Me drops a whopping 29 places, from eight to 37. I blame Mike Diver. Finally, Rod Stewart, John Lennon and Van Morrisson bring up the rear - in a stoically heterosexual way, of course – at numbers...well, it's not a competition, you know.