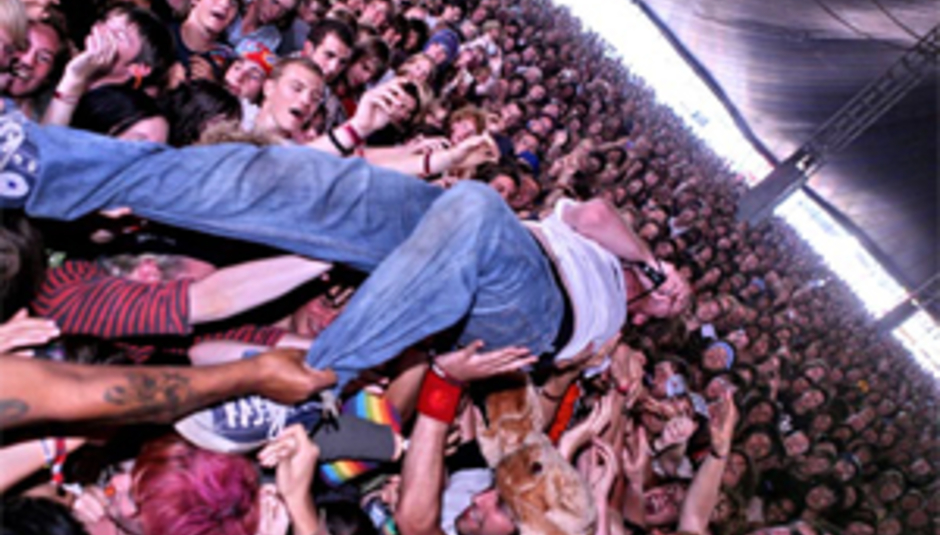 Skronky art-core heroes ¡Forward, Russia! are to launch a new online diary documenting the creation of their second album as they record in Seattle with acclaimed hardcore producer, Matt Bayles.

Available on the band's website - forwardrussia.com - the quartet promise to detail the myriad ups and downs as they carve their way through the record. Starting today, the band and Bayles (whose previous work includes records by Mastodon, Blood Brothers and Isis) will start their follow-up to last year's Give Me A Wall LP.

¡Forward, Russia! previewed new material at a secret gig in their hometown last week, playing nine new tracks, mostly unnamed. Two however - 'We Are Grey Matter' and 'A Prospector Can Dream' - were previously showcased on the band’s UK tour earlier this year.

The new material is described as “heavier with a more melodic edge” by guitarist Whiskas, and the LP is expected to be released to the public early next year.

The band have also revealed they will play a one-off festival date at Get Loaded In The Park at London's Clapham Common on Sunday 26th August. Expect a full tour in the autumn.