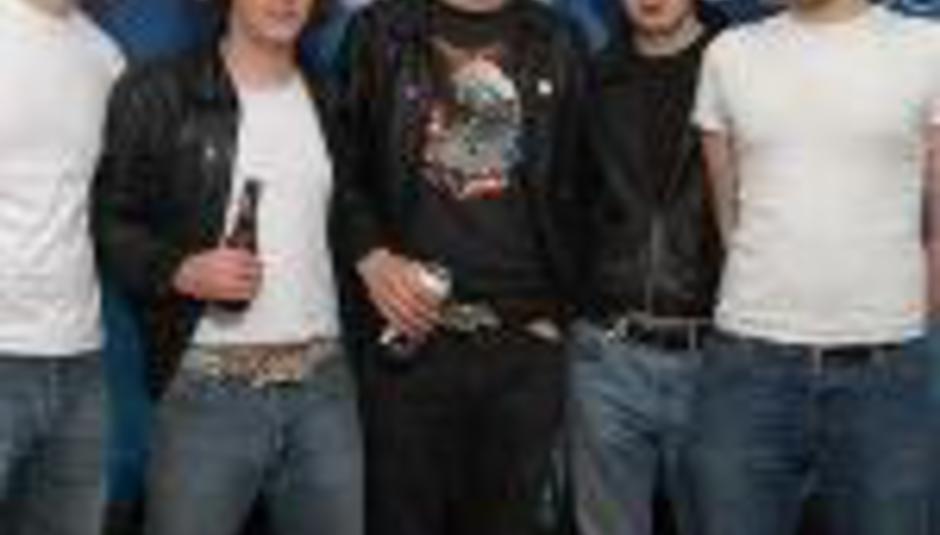 Chart round-up: coo, fancy that - Pigeon Detectives in at three

Another week, another singles chart with some not very good songs in it, and this week’s has a distinctly booty-shaking feel to it thanks to a glut of diva-style r’n’b theatrics designed to get your money makers shaking like a pneumatic drill with Parkinson’s.

First among these by a country mile is Rihanna’s ‘Umbrella’, whose sales were quite possibly buoyed by a video of her prancing about starkers covered in silver paint, like a much sexier T1000. The infinitely shitter ‘Real Girl’ sweeps scary ex-Sugababe Mutya Buena to the rarefied heights of number two on nowt but a lazy Lenny Kravitz sample and a dreary mid-tempo beat – she really deserves better than this. Beyoncé and Shakira’s ‘Beautiful Liar’ isn’t going down without a mascara-smeared catfight, either, weeping and bloodied at number three.

Calvin Harris' ‘The Girls’ is the highest new entry at number nine - the man on my right alleges that Harris likes to bathe in oranges, but admittedly he does lie on a regular basis. Indie makeweights Reverend And The Makers and Pigeon Detectives (‘horrible’ and ‘alright’ respectively, if you wanted an opinion) make satisfying Top 20 splashes with ‘Heavyweight Champion Of The World’ (#12) and ‘I’m Not Sorry’ (#16), while Marilyn Manson plays a blinder marrying his usual ‘80s schlock to some barrelling QOTSA drums ‘n’ geetar with ‘Heart-Shaped Glasses’, at number 19. Shame he still sounds like a constipated idiot. Then some other boring stuff happens until LCD Soundsystem bubbles under at 41 with his rather special piano-driven opus ‘All My Friends’. And then that’s it. The end.

Except it isn’t. Some of us less fickle types like to look at the album reviews, you know. Pigeon Detectives’ Wait For Me sets the top ten all of a ‘flutter’ by ‘flying in’ at an impressive number three. The talon-ted bastards. R Kelly comes out of the closet with his piece emphatically out at number 10, with Double Up, but other than that the nation’s Top Ten is about as inert as a really inert inert gas. I dunno, probably argon or something. Jeff Buckley continues to make multi-octave moaning noises from the dead at number 16 with So Real – Songs From. And what a disgustingly earnest title that is. Ex-Fairport Convention folkie Richard Thompson makes a dint on the top 40 – just – with Sweet Warrior, while Mumm-Ra have no such luck, These Things Move In Threes making its debut at number 42.

Out this week: new albums by Biffy Clyro (yeah), Shellac (YEAH!), Bonde Do Role (erm), and Built To Spill (yeah, again). Check out all the DiS listings here.