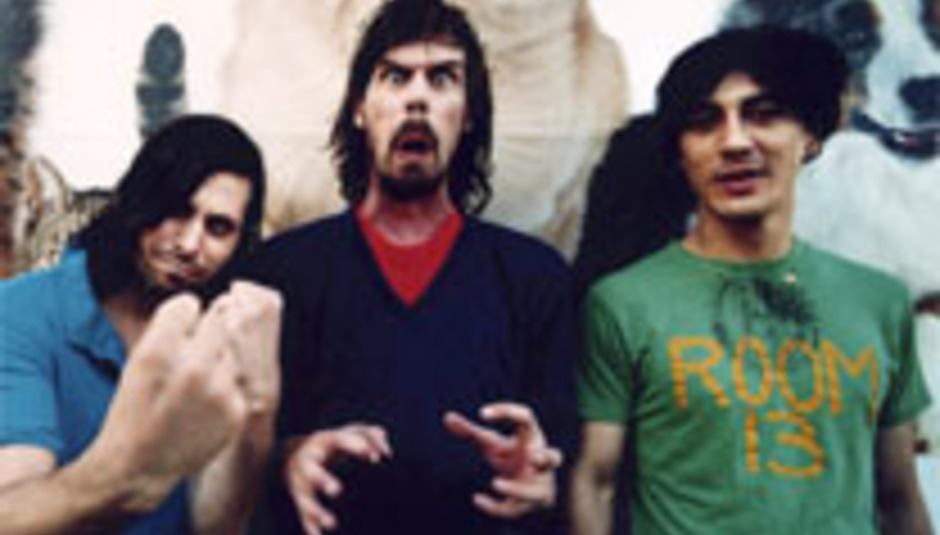 Liars have announced details of their next record.

It is called Liars. Self-titled? Cat got your tongue, gentlemen?

Following the release of Drum's Not Dead last year and recorded over a three-week stint in home-from-home Berlin, Angus Andrew has mentioned "guitar solos" and "feel(ing) like a songwriter", whilst sticksmith Julian Gross has previously discussed the record's “chilled out vibe”. Could the trio be softening their approach? Probably not.

Released on 20th August on Mute, it runs as:
'Plaster Casts of Everything'
'Houseclouds'
'Leather Prowler'
'Sailing to Byzantium'
'What Would They Know'
'Cycle Time'
'Freak Out'
'Pure Unevil'
'Clear Island'
'The Dumb in the Rain'
'Protection'