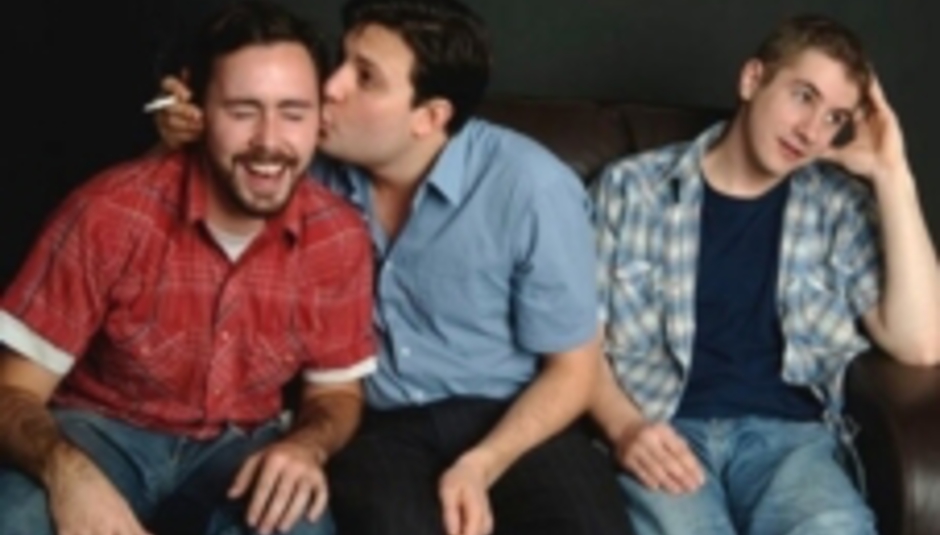 Sweet Jeebus, that's a lot of bands listed there, largely because there's a totally mental amount of news springing forth from the oh-come-on-they-must-almost-be-cult-by-now DIY label Smalltown America, including news on the finale of the PSB series!

But don't panic, it's not yet. PSB #10 will be the final bumper unsigned compilation, and the deadline to meet will be the 1st of June if you want to get onto the final ever ever ever Public Service Broadcast. In the meantime, PSB #9 has just been confirmed, and looks a lot like this:

Out on the 2nd of July 2007 and limited to just 500 copies, this surely will be one the greatest compilations of the year, non? Say STA of their long-running series:

"With fond memories (and a few tears I'm sure) we will stop the project on the next release. We feel that we've done everything that we set out to do in the beginning and have proved that bands helping each other to get their music released can really work."

You can get the rest of the official D-Lo by clicking here. As well as the PSB series, STA are currently waiting to release the new Jetplane Landing record, Backlash Cop, as well as the debut album from The Young Playthings (pictured), out this Monday (14th May). Seriously, for fans of Weezer and other such love-obsessed American garage pop-rock bands, look no further than Who Invented Love?. It's thoroughly excellent - a more in-depth review will follow shortly.

And if you've never bought a record ever and you only go to live shows, the Fourth Annual STA All-Dayer will happen this September the 15th at 93 Feet East. Acts so far confirmed are Grace Records' art-punks Fury of the Headteachers, the DiS-endorsed Rolo Tomassi, Clone Quartet - whose debut album gets a joint release with Tigertrap and STA in the not-so-distant future - and Fighting With Wire amongst others.

I'm going to lay down now.