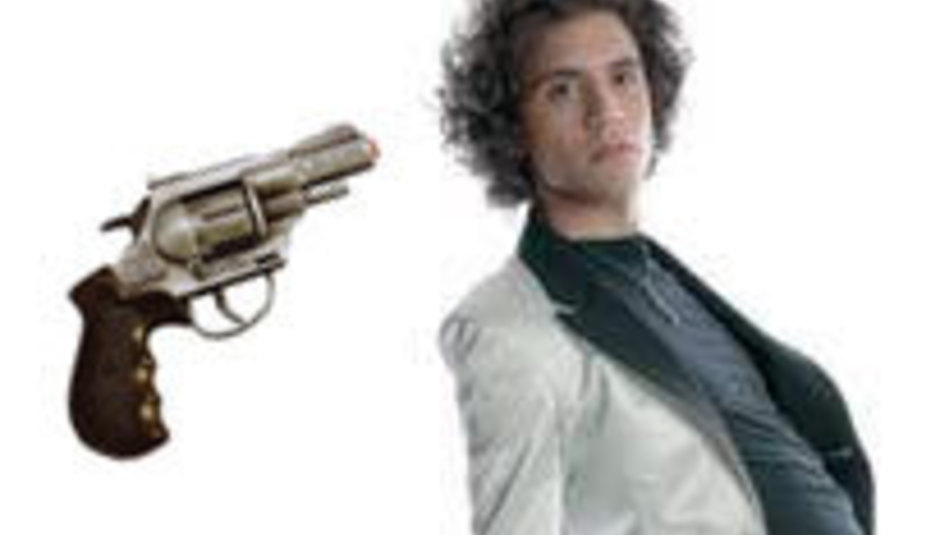 Chart round-up: time to punch yourself in the face

Hello, Monday. How dare you creep up on me like this, particularly when I've just started beating my PS2 at Pro Evolution Soccer 6 on the hardest mode. A pox on your new week-based annoyances.

Of course, for all of its faults, Monday at DiS means another charty round-up of the most sexual order. So, without further ado, let's see what's kicking.

After a heated battle during the week, confusingly popular waste-of-semen Mika lit up the top spot with his 'Grace Kelly' single - notably on downloads alone. Following him closely to his rear, Just Jack puts 'Starz in their Eyes' and fails his English GCSE with a basic spelling error.

Thankfully something resembling decent comes in the shape of The View at three, Jamie T at nine and, still only on download, Klaxons climb two places to 14. 'Golden Skans' is available in real shops from today.

Further down we find Chris Moyles's tip of the week, Billie (Piper), with her eight-year-old single 'Honey to the Bee' re-entering at 17. This week the big guy is pushing for a karaoke version of something or other to do the same. This is what it's like now, folks: Billie is selling more downloads than Guillemots, who chart with 'Annie Let's Not Wait' at 27.

There is splendid news on the horizon however: My Chemical Romance are at both 37 and 38 with their 'Welcome to the Black Parade' and 'Famous Last Words'.

To be honest, I don't want to talk about anything else now, beyond this week's number 200. Yes indeedy, 'Bohemian Rhapsody' is on its way up and it can't come to save us soon enough.

Britain, DiS salutes you. This week, make sure you pick up new albums by The Shins, Yndi Halda and Field Music, plus ace singles from Errors, Infants, Sky Larkin and Kristin Hersh.