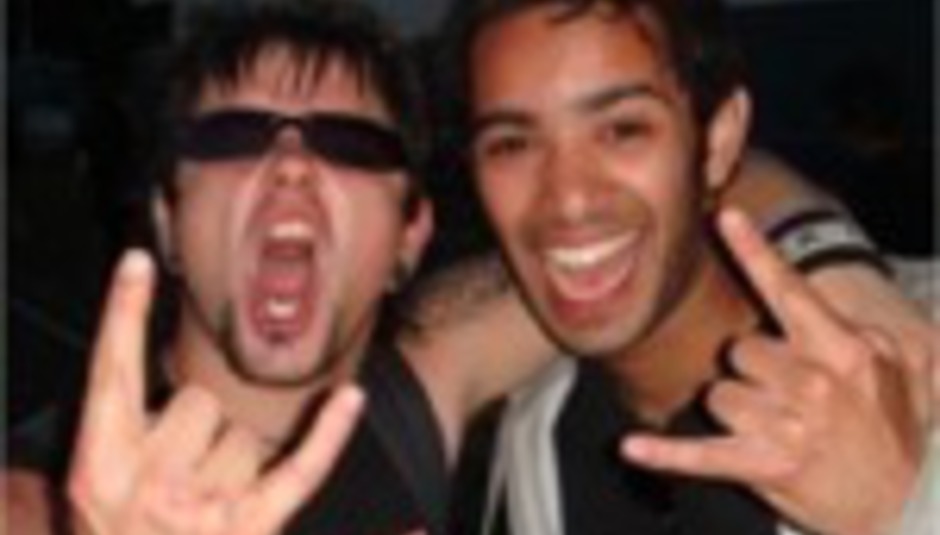 Bullet (and Gallows) For My Valentine

Welsh metallers Bullet For My Valentine have rescheduled their recently cancelled tour dates for January 2007 and are taking "the best British punk band since The Clash" with them (Gallows).

There were unconfirmed reports of a candlelit vigil outside Hammersmith Apollo on Tuesday. Up to a thousand fans were reported to have engaged in silent prayer because they "missed Matt Tuck so much".

I thought that Kerrang! calling Gallows the best British etc. was a bit too much hyperbole because despite having seen the band several times this year and acknowledging that they are bloody brilliant, that's quite a claim. But then I had a think, and realised there really haven't been too many decent British punk bands since The Clash. I guess it's fair enough then.

Even more unconfirmed reports suggest there were several people that preferred to watch Gallows at London Metro last Friday than bother seeing My Vitriol be crap in Koko. I was at home with a bad back having a bubble bath.

As I Lay Dying are the other support and apparently there are still a few tickets left for the London date but that's because it's Hammersmith Apollo which is pretty bloody big. I reckon sticking Gallows on the bill will get those tickets shifted dead quick though. The dates!