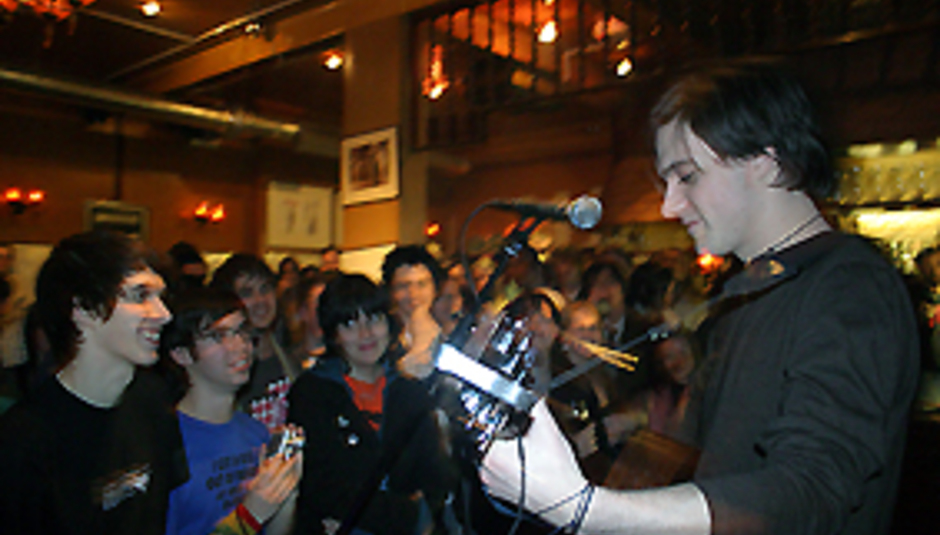 by DiS News October 13th, 2005
One of Drowned in Sound's favourite artists, Bright Eyes, is to release a live album this November.

The 15-track release, entitled Motion Sickness, features recordings from the band's I'm Wide Awake, It's Morning Tour (January-April 2005) and is released via Conor's own Team Love label in independent stores in the US.

Team Love released Tilly & The Wall in the States, which was later picked up in the UK by Trash Aesthetics. Motion Sickness, though, will see an official UK release (a limited run, it must be stressed) through Saddle Creek on November 14th.

DiScuss: What tracks would you want on the record? Did you go to any of these dates? Can you see DiS editor Colin Roberts in the photograph above?