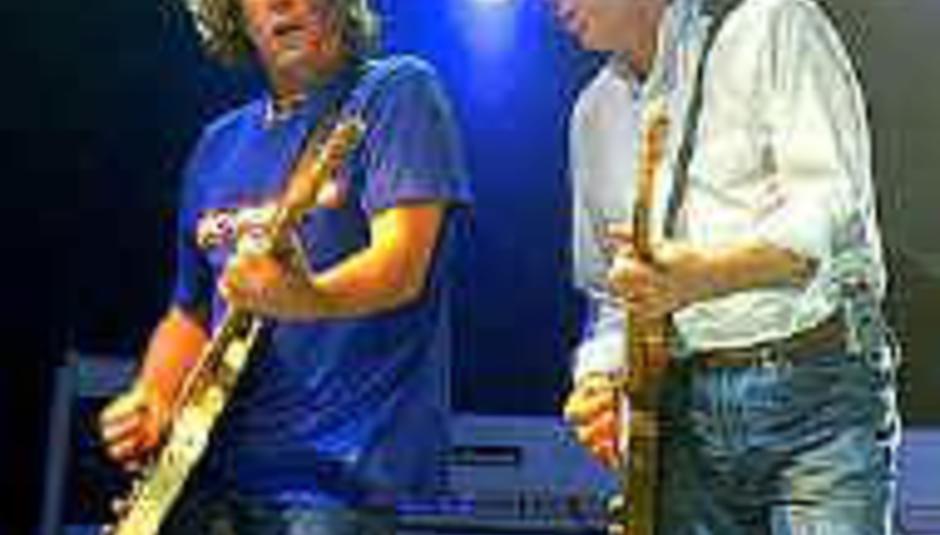 On September 23rd, the band will drop into the Rovers Return boozer for a light ale and a packet of peanuts (possibly).

Things turn sour for fan Les Battersby, though, when band member Rick Parfitt whacks him one, leaving the character face down in the gutter. Why? Something about Les being a crazed fan, back in the day.

Co-Quo Francis Rossi said: "Both Rick and I are lifelong fans of Coronation Street so to be in the Rovers with the regulars is an ambition fulfilled."