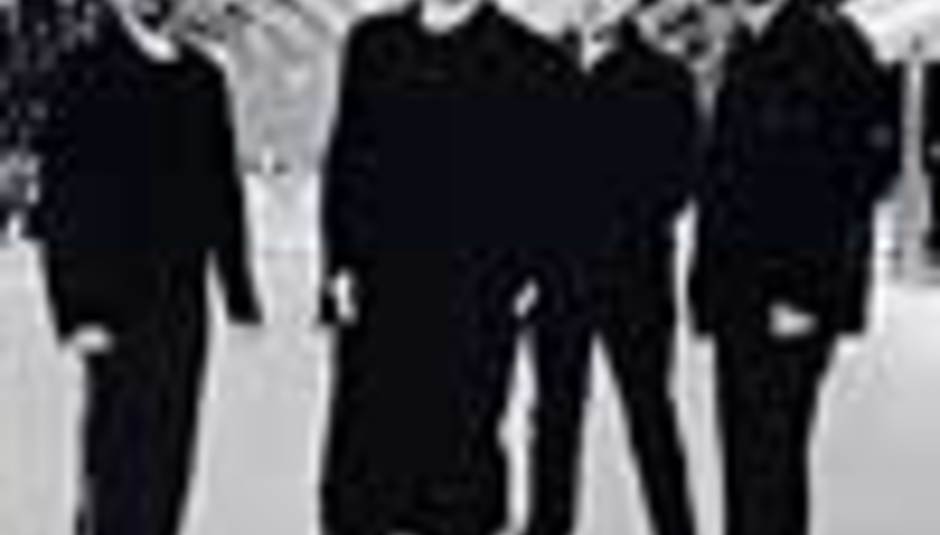 Bits of news for all o' yous

by ROFL Harris June 6th, 2005
Word up, music-humpers. Your main man ROFL Harris here with another indispensible rundown of those little music newsy stories that would otherwise slip between the virtual cracks of the DiS floorboards. So sit back, relax and sponge up another selection of factual pop-infopods to make your day feel significantly more fulfilled.

Everyone else is excited, so why shouldn't we join in? This summer's 'superconcert' - that's Live 8 - has been announced and it's probably time you sent a text message and tried to win some tickets, fight some poverty and generally revel in the undeniable majesty of Mariah Carey, Coldplay and U2 in the middle of Hyde Park. Text the answer to this question: 'Which city is nearest to the G8 summit in July? A) Berlin, B) Moscow, C) Edinburgh' to 84988 and be in with a chance of getting some tickets. By the way, text messages cost £1.50, which apparently is to go towards the cost of staging the concert. The promotion of the London part of this event appears to have overlooked the fact that Mariah Carey was quoted as saying to Chris Evans a number of years ago 'I'd love to be as skinny as those people in Africa, but I wouldn't want all those flies and things'.

The Glastonbury Festival of Contemporary Performing Arts has announced that the respectable dance duo Basement Jaxx are to replace Kylie on the Pyramid Stage on Sunday, effectively closing the festival. It must also be noted that The Killers turned down the slot, but rumours they only said no because they were starring in an episode of 'The O.C.' as Ryan's long-lost cousins could not be confirmed.

Veteran modster Paul Weller has announced he'll be releasing his first original material in like, 70 years on July 18th. The single, called 'From The Floorboards Up' is taken from his forthcoming record As Is Now which is due this October. Great!

Rilo Kiley have confirmed their status as label-frogs by hopping to yet another imprint. The band whose last, mildly disappointing affair 'More Adventurous' was released on their own imprint have now made the full leap to the distributors of that records, Warner Bros. They used to be on Saddle Creek you know and all my friends on Myspace tell me Saddle Creek are COOL.

Oxford/wherever-based egg-rockers The Edmund Fitzgerald sunk their ship a couple of months back now and have moved to pastures-new. Foals featuring Jack and Yannis from the original Ed Fitz line-up are said to be 'credible math-core pop' and have recorded a few tracks which DiS hopes to hear in the next couple of days. There's also the premise of another project GlaxoSmithKline featuring ex-members of The Ed Fitz and current members of Youthmovie Soundtrack Strategies, they support Oxes in Oxford on 15th June. They're like, intense metal MAN.

On the subject of intense metal madness, over 400 fans queued for more than 24 hours to get tickets for tonight's one-off album launch show by Coldplay. Hosted in Camden's 1200-capacity KOKO venue, the tickets cost £20 with all proceeds going to charity. They're lovely boys aren't they. AREN'T THEY?

Well, there you go. Now you know. DiS is just the website that keeps on giving and we're told you like to receive. Look out for details of our Summer weekender over the next few days. Bye!