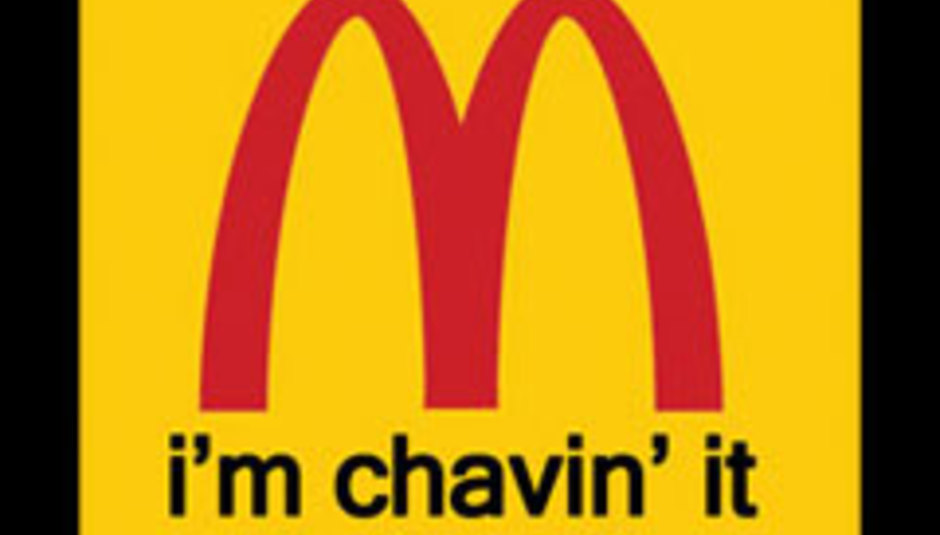 The Chartoons! Is this a weird week for pop?

by DiS News May 30th, 2005
You can almost smell that it’s half-term and people have broken up for study leave. DiS tackles this week's charts, so you don't have to.

Angry 20-something lager swiggers look away now (you can turn back next week when Oasis comes out!). This week the number 1 single is that friggin’ annoying ringtone Crazy Frog which has nothing to do with Eric Cantona. And sitting atop the album chart is Damon Albarn and his Gorillaz. What this means, we’re not quite sure, but it made for a good headline. And that we can pass on this link.

Coldplay are probably suffering the same grey suburban emo feelings today that they had the day they were first dumped. Their comeback single ‘Speed of Sound’ despite all the hype, only manages number two. DiS is sure they might sell some albums, so all is not lost for EMI shareholders. Other notable new entries are Black Eyed Peas in at 7 with their oh-so clever swearing but not swearing ‘Don’t Phunk With My Heart’; Nancy Sinatra being done up the wrongen by Audiobullies is in at 9, and the average Magic Numbers wander in at 15 with ’Forever Lost’.

Outside the top 20: Arcade Fire continue their meteoric rise, in at 26 with 'Power Out'; not the new Nirvana (poor lambs, such a big load of hype for them to leap) Nine Black Alps slip in at 31; British Sea Power, whose set at Chelsea Flower Show was apparently only attended by 15 grannies, in at 34 with ’Please Stand Up’ and don't-forget-to-mention-that-they're-Franz's-bessie-mates Sons and Daughters drop in at 40 with their summer indie anthem in waiting 'Dance Me In'.

The Bravery, who topped our What Not to Watch 2005 list, fail - despite a Duran Duran rip-off video, thousands of pounds of marketing and attempted media saturation - to get in the top 40 and enter at 43 with ‘Fearless’ (shameless, more like). And nearly as musically horrendous, The Glitterati trail closely behind at 45. Doherty’s ol’ mucker Wolfman returns at 60 with ’Ice Cream Guerilla’ and that’s about it for the ’hit parade this week.

In albums The Coral skiffle in at 3, the overblown rock of Audioslave at 5, Alkaline Trio return at 34 with ’Crimson’ and that’s about it.
Goodbye.

DiScuss: Do you love Crazy Frog really? Does Coldplay failing to hit Number One mean anything? If you were in the Bravery wouldn't you do the good thing and go back to being a Ska-punk band?