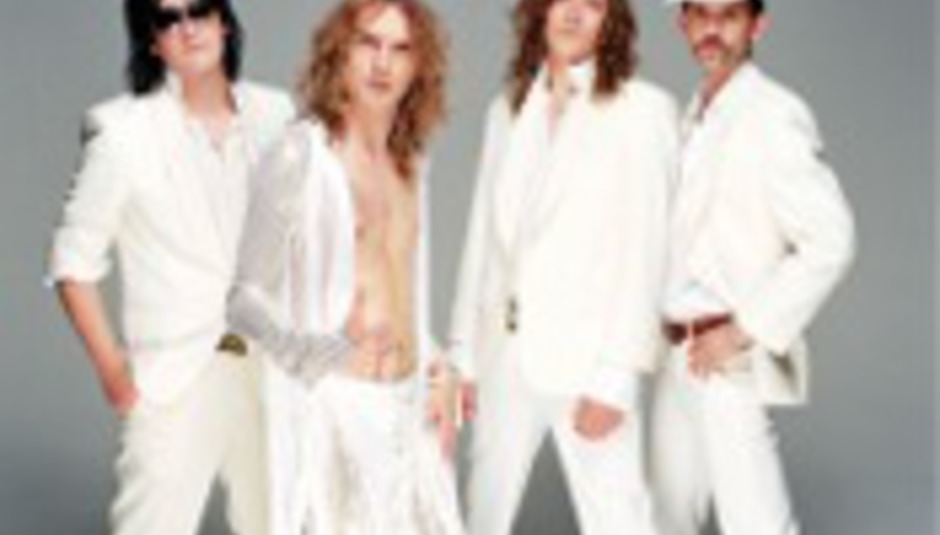 by DiS News May 23rd, 2005
A nation's 'tache fanciers weep as the Darkness have confirmed that their venerable bassist Frankie Poullain (pictured, right) has left the band.

A post on the band’s official website today has confirmed this morning’s tabloid reports that Poullain has parted company with the band, due to the classic Tap-esque reason, musical differences.

“With immediate effect, bass player, Frankie Poullain, is no longer a member of The Darkness.

“Remaining members have cited musical differences as the reason for his departure. A replacement will be announced within coming months.”

According to The Currant Bun (that's The Sun, non-cockneys). A ‘source close to the band’ as said

“Ed is a childhood pal of Justin. With Dan being Justin’s brother, Frankie always felt like the outsider.

“Tensions grew during recording sessions in Wales over Frankie’s mind being elsewhere. Frankie felt he had done all he could and decided to retire to the French countryside

Just feel fortunate that is wasn't the drummer who had to leave - otherwise he'd have been contractually obliged to explode in a tragic gardening accident or something...