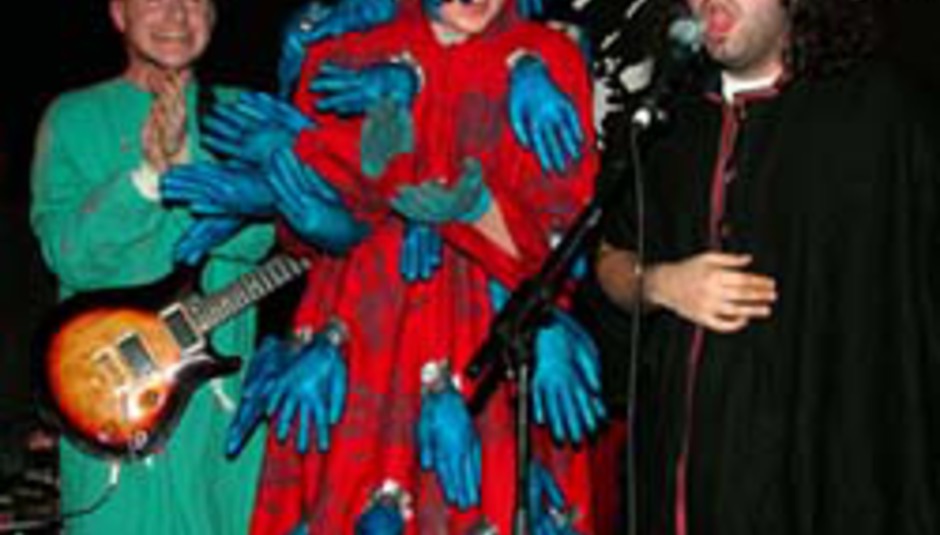 Although the BBC had previously been rotating new MBA single 'Hey Man!' on stations such as 6Music, the recent inclusion of B-side 'E-V-I-L' has meant that they are now refusing to play the record, citing the 'Representation Of The People' act. Hmm.

The release date for the new single was pushed back after the announcement of the General Election, as it seemed a fitting opportunity to repackage it with a song inspired by the frustration caused by New Labour. MBA's appointed premier Grandmaster Gareth, however, insists that the song is a more general tirade towards the majority of politicians. Have a look for yourself:

"Scheming, that is all that they do, just scheming
Most of us are happy just believing
But I don't like the way they're leaning
Corporate holiday for some team building
And I'm wondering where this is leading?
Nothing that they say has any meaning
I know I wish they'd all stop breathing
Make them take a beating and back down
It's a four letter word that means nothing at all
E.V.I.L."

Says the Grandmaster: "We are living in an age when we need musicians, artists and everyone involved in the creative industries to be able to say what they want to say. Particularly during an election campaign when every voice and opinion should be heard, not just those of the major parties, especially as the British National Party is given prime time slots on BBC radio and television to air their disgusting views."

The double A-side single 'Hey Man!/E-V-I-L' is released, and available for free download, on the week of May 5th. Fancy that. Both tracks will also be featured on the band's forthcoming second album, 'The Black Hole', which is slated for July 4th. Coo.

DiScuss: Isn't this merely censorship? Are Misty's the new Frankie Goes To Hollywood? Why aren't Kasabian banned? Are you thinking what we're thinking?