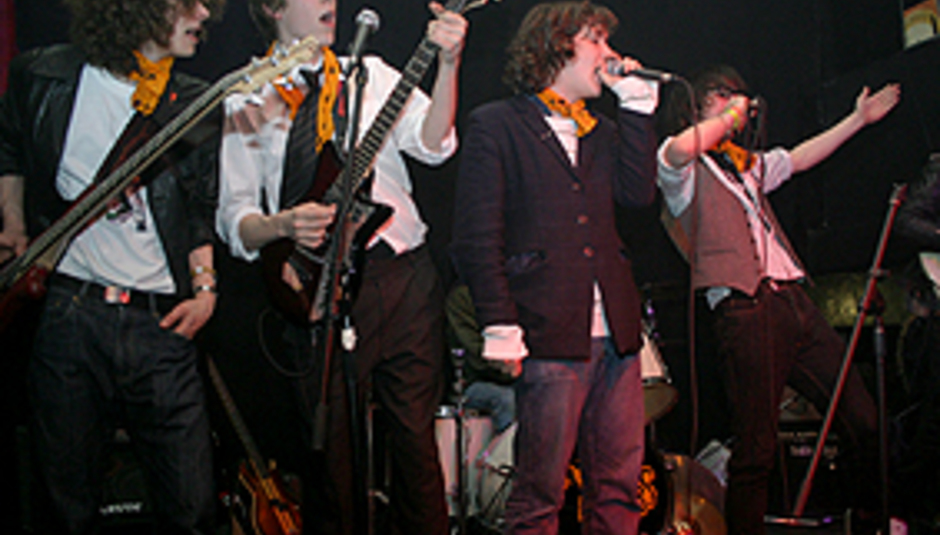 Les Incompetents, most entertaining band in London, do stuff!

by DiS News April 12th, 2005
We tipped them for greatness at the start of the year, and now they're gonna start spreading their love around...

This is what would probably happen if Dexys took the skiffle of the Coral and drove it out to their friends the Mystery Jets Eel Pie Island to play a show for Mick Jones. One singer bashes a cowbell and looks not unlike Woody Allen, the other a Liberscene Pirate, two guitarists with big Strokes 'fros, another who dances and a rabbid drummer. DiS says "The most entertaining live band in London" all you can do is argue with us..

Debut single is coming out at the start of the summer and their first UK tour is currently being booked... Londoners come see them ahead of the pack.

DiScuss: If they're not the most entertaining band in London, who is? In fact, nationwide who're the most fun? The Pippettes, Whores! Whores! Whores!, Misty's Big Adventure...?