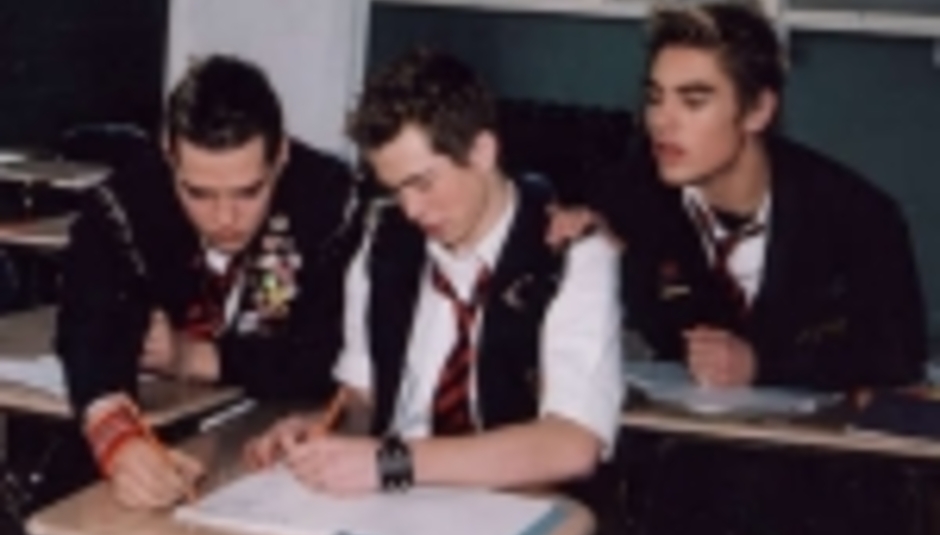 It's official. Inarguably the most influential pop band of the last three years have called it a day after months of speculation. Charlie officially left the band last night and the split was announced this morning. It follows a reported feud which has lasted since the final night of their UK tour, which ended last month at Wembley Arena. Impressively-browed rocker Charlie goes on tour with his band of merry men Fightstar this month, playing venues ten-times smaller than he's used to, but really connecting with the fans.

In a move more than likely designed to stem the flow of tears nationwide, the band have attempted to make it clear that they aren't over for good - Charlie just feels that the direction he was taking with fellow scenesters Matt and James wasn't the one he wanted at this point in his life. (Read: it's over forever).

Charlie Simpson: "I'm incredibly proud of everything that we've achieved in Busted. We've enjoyed some of the best times in our lives together. I wouldn't change one single bit of it. This has been a really difficult decision and I hope the fans will understand."

DiScuss: Is this a sad or happy day for you? Was their time over, or was the promised neo-prog third album worth holding out for? Why is Charlie such a stuck-up indie wannabe?