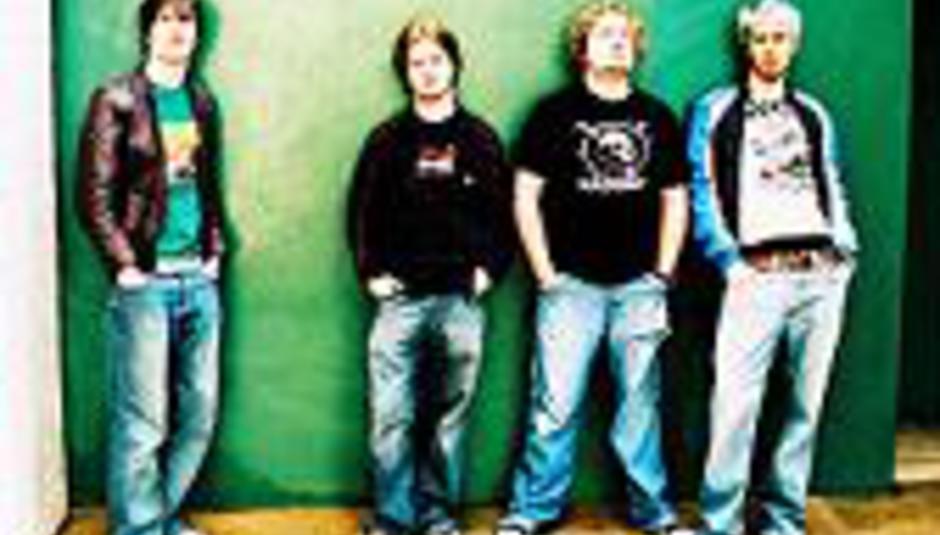 by Colin Weston November 2nd, 2004
New month but just as we did last month we start with news of a promising band calling it a day!

Upminster indie boys Empathy have decided to split up. All was confirmed on the band's official site, with the only reason given being 'musical differences'. Damn shame as their debut album showed real promise.

Old-school super group The Dean Howard Project are about to hit the road supporting Deep Purple. The band consists of ex-members of bands such as Black Sabbath, Thunder and T'Pau! More details are available on the Feline Records site.

Welsh rockers Locus of Control have several dates this month, where they will previewing material from their new album, due for release early 2005. As well as this, the band have a Kerrang! radio session coming up on the 22nd of the month, so keep an ear out for that.

London venue Cargo have a pretty funky offer for students. Turn up with your NUS card (valid of course) and you get £2 off entry to all gigs throughout November. Very bargainous!

Washington disco-rock pioneers Weird War (featuring members of Nation of Ulysses) are back on our shores to play two gigs this month. The first is on the 18th at the Marquee in London, with the second two days later in Brighton (venue still to be confirmed). A new single from the band's acclaimed 'If You Can't Beat 'Em, Bite 'Em' album, released last year, is expected soon.

Oxord indie label Freedom Road Records have released a compilation highlighting some of the best acts from their local area. Entitled 'A Catholic Education', bands featured include Trademark, Piney Gir, The Lights and many more. It'll cost you just £4. There will be a launch party at the Oxford Zodiac on November 29th.

Southend's Red Nettle have a new EP out in the next few weeks. 'The Continuosity EP' features seven tracks and is available to buy via Amazon, Play and Virgin.

Bristol band AKO have had to pull out of their gig with Johnny Panic after lead singer Toby White was involved in a hit-and-run accident. The band's bassist Tom Flint elaborated with the following:

"Toby was hit by a transit van which ran a green light, he was concussed and because he was so severely winded he's having breathing difficulties. He's come round but is now at the hospital getting his leg stiched up"

We at DiS wish him a speedy recovery.

Again, I'm closing this on a personal note by saying how much I'm looking forward to hearing the new Tori Amos album. Entitled 'The Beekeeper', there is little news about the album other than a few song titles ('Sweet the Sting,' 'Sleeps with Butterflies,' and 'Ribbons Undone') as well the introduction of vintage organs, Afro-Cuban drums and gospel choirs into her songs. The release date has already been set as 22nd February 2005.