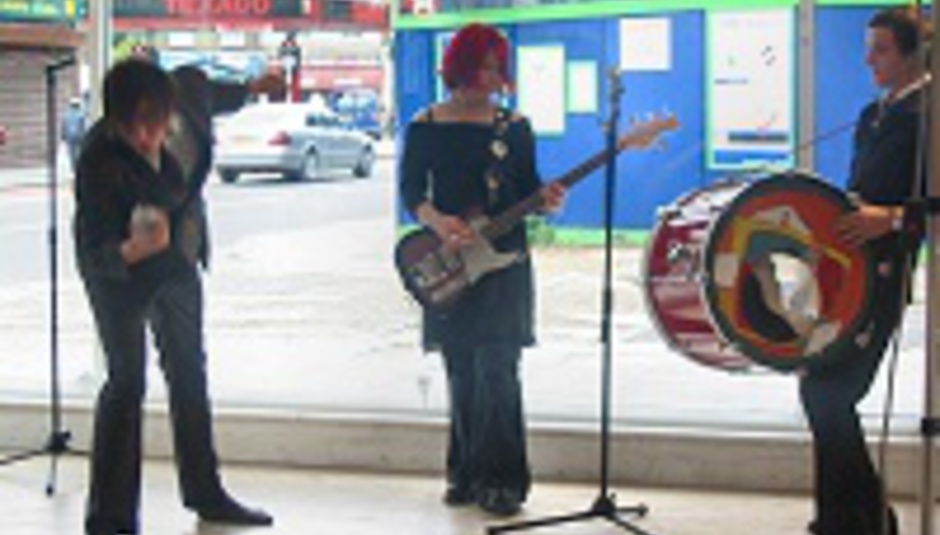 by [redacted] October 8th, 2004
Art Brut follow up Formed A Band by releasing their long-awaited second single, Modern Art/My Little Brother, on December 6th. It's being brought to you this time by the folks at Fierce Panda, and has the 'live favourite' b-side These Animal Menswear, which is good.

Modern Art has been produced by John Fortis (who also recorded the original version of Razorlight's Rip It Up). And yes, the video is set in an art gallery. The other tracks were recorded at Supernova Studios in Old Street, with extra backing vocals done in Micky Ciccone's bedroom cupboard. COOL.

The band also contribute the extended version of Moving To LA on a live compilation, Bring Your Own Poison, released on October 18th, celebrating the birthday of East London's infamous haunt The Rhythm Factory. Other bands include The Paddingtons, The Rocks, The Lams, Selfish Cunt and, of course, The Libertines.

Art Brut recently played one of the In The City fringe events, and guitarist Chris Chinchilla found himself on two discussion panels with the likes of Lisa Mafia (!), Mark Shaw from Then Jerico (!!), John Robb from Gold Blade, and Guy Garvey from Elbow.

And you probably missed that, so now you can catch them live thusly:

In other slight Brut/New Wave Of New Wave news (tenuous link with one of the song titles there), their mates Rhesus support a reformed S*M*A*S*H at New Cross' Amersham Arms on Oct 13th. Expect a review on these pages...