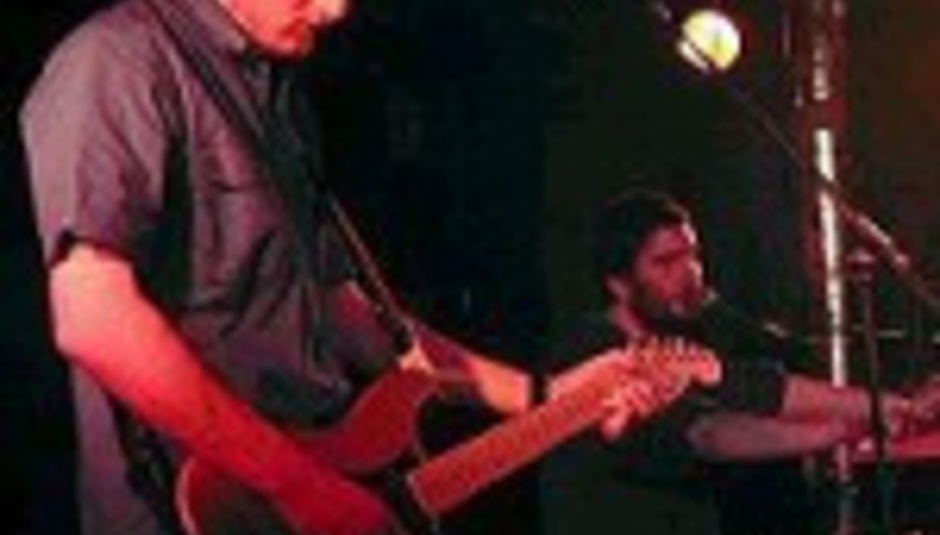 With temperatures reaching 30 celsius and the faces of many a DiSser burnt to cinders, Belgium's incredible Dour festival progresses in fantastic fashion.

DiS caught up with their stage successors and fellow countrymen, Islands for a quick chat about Dour and the crowds at the festival, but was quickly sidetracked into discussing the intricacies of the fame and perception of one Jamie Oliver.

"I have one of his cookbooks, but the recipes are just too, well, British," proclaimed new drummer Nicosystem. Talking of their impending visit to the UK he stated, "UK crowds will have an awesome time." Judging by the band's earlier declaration on-stage that all drugs in the audience must be confiscated by the band, he's probably right.

DiS now awaits four bands in a row of sheer delight, on the same freakin' stage! Giant Drag, Fennesz, Arab Strap (pictured) and Jimmy Edgar all play until 4am, after which DiS will collapse and ready ourselves for tomorrow's onslaught including Animal Collective, Two Gallants, Constantines, Bell Orchestre and ...Trail of Dead.

A full review and extensive photo gallery will be available from the middle of next week. Ciao!