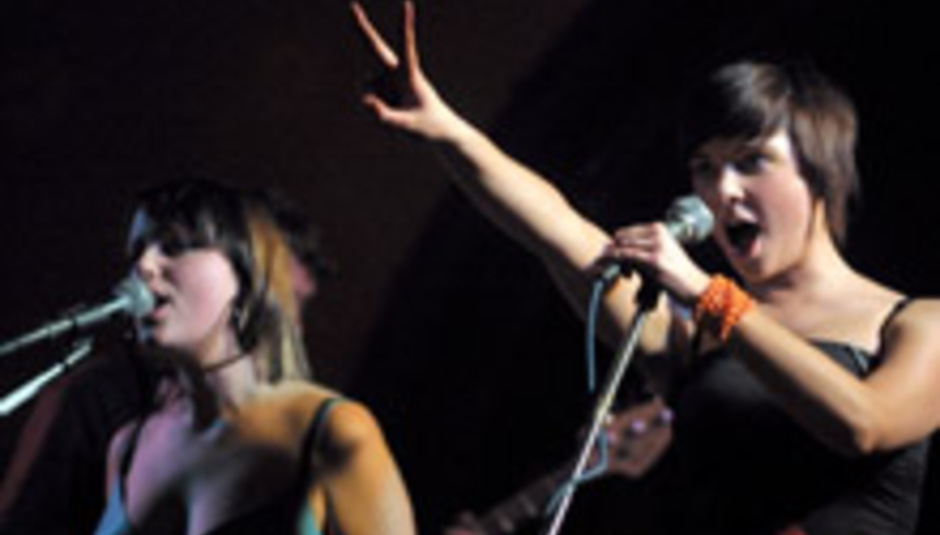 Drinking for their country: The Chalets

Drinking for their country: The Chalets

by Mike Diver June 24th, 2004
Pee Pee, Pony, Chris, Enda and Dilbot – not the cast for a remake of The Magic Roundabout, but the five members of Dublin’s The Chalets, a band who took their name from a booze-sodden weekend at All Tomorrow’s Parties. Dilbot (aka Dylan Roche) gives us the lowdown on the three-guy, two-girl group who are gonna have dancefloors heaving before long with their Bis-goes-Le Tigre brilliance.

“We like to rock and pop and we also like to dance every now and then. As well as singing really irritatingly catchy vocals, the girls (that’s Pee Pee and Pony) also share keyboard and glockenspiel duties. The boys swap bass and guitar duties every other song whilst trying to sing in tune with the girls.

The band have now released two singles – one a split with Neosupervital on Roadrelish Records, and a limited edition 7” on Nastypop/Setanta. The latter single’s flip-side, ‘Sexy Mistake’, was picked up by MTV in Ireland for an advertisement campaign. It must’ve impressed the powers that be, as the band were invited to travel to Slovenia to celebrate their joining of the EU.

“We were asked by the Government, who presently hold the EU presidency, to go over to Slovenia. We had an amazing time eating and drinking for our country. They, not unlike the Irish, know how to enjoy themselves!”

Evidence of The Chalets enjoying themselves, in the form of photographs, can be viewed at TheChalets.com. You can also check out the music itself, but to give you some idea of what to expect, here’s a summary of the band’s influences…

“Influences are broad and varied within the band and without wanting to speak for the others too much I can safely say that The Chalets dig, in one way or another, the following: early Madonna; Shellac; Gary Numan; The Shangri-las; The B52’s; The Beastie Boys; Le Tigre; Aphex Twin… etc.”

So now you know. The Chalets are one of the freshest sounds to cross this writer’s ears in some time; hopefully you’ll love them too. An album is expected in the near future, so you’d best dust off your dancing shoes in readiness.