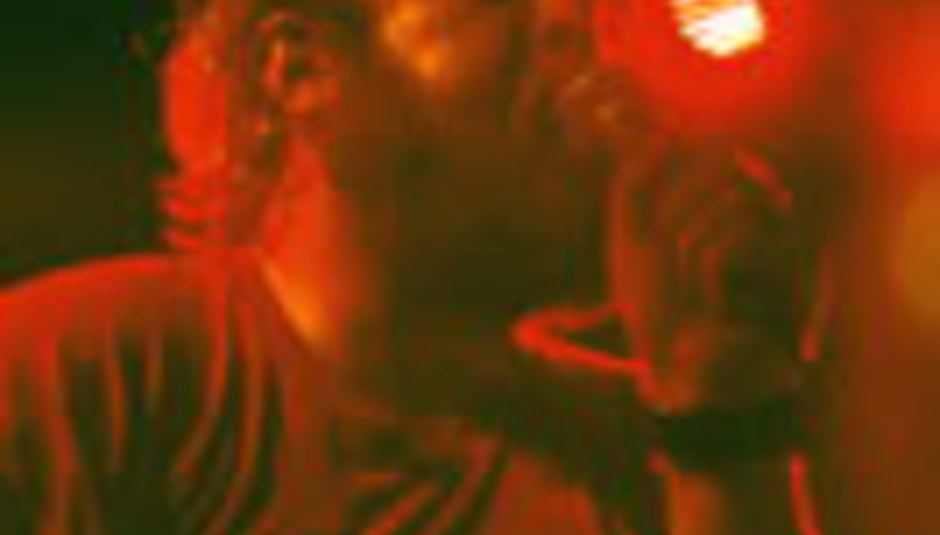 by Mike Diver May 25th, 2004
Drowned in Sound, in association with De-Milo Music, presents another evening of ear-shattering, brain-tickling, hip-swinging entertainment...

Playing live for your delight this month are:

ART OF BURNING WATER
These guys do not fuck around! Some guy from some other great band was moved to remark "They know how to rip it up!" No shit. This ain't heavy, brother; it's cataclysmic. It's progressive rock without the wank (the emphasis is on the ROCK here, kids). Think Melvins, Neurosis, war, death, destruction... basically they rock so much harder than you do.
Click here why don't you?

RED STARS PARADE
These guys also know how to rip it up, only in a slightly different way. This is powerful progressive hardcore, like Pelican making whoopee with Cult Of Luna. Sludge-sex-death-FUN!
Wanna hear something? Fair enough!

Extra, extra special guests to be announced sometime between NOW and THEN. We could give you a clue, but that'd spoil our fun....

OH OKAY ALREADY! It's RAMESSES, who just happen to feature former members of the fucking "ace on toast" (to quote Mr Mat Hocking, DiS metal mutha) Electric Wizard (who released tres rocking records on Rise Above, home to Cathedral, Orange Goblin etc). GET IN! Egyptian-industrial-noise? Damn straight! Louder than my ass after an egg, beans and black pudding omelette? Hell yeah! They're coming up from Dorset especially to slay you. Yes, you. So be there. A fourth band will complete the bill, one of our very favourites... any guesses? Anyone...?

Oh, and there will be the (un)usual DJ action from Chris and Mike (that's me! I take requests but only with offers of beer). Expect a mix of toe-tapping beats and butt-busting sludge. And maybe some country and western.

Doors open at 8 this time, so get in early!

Here's everything you need to know:
WHAT? NONE MORE ROCK #3
WHERE? Upstairs at the Garage, Holloway Road, London
(nearest tube = Highbury and Islington, Victoria Line)
WHEN? THIS Friday, 28th May. The fun starts at 8pm, and ends when we say so.
HOW? Much? Well, how much d'ya wanna give us? A fiver I'd reckon.