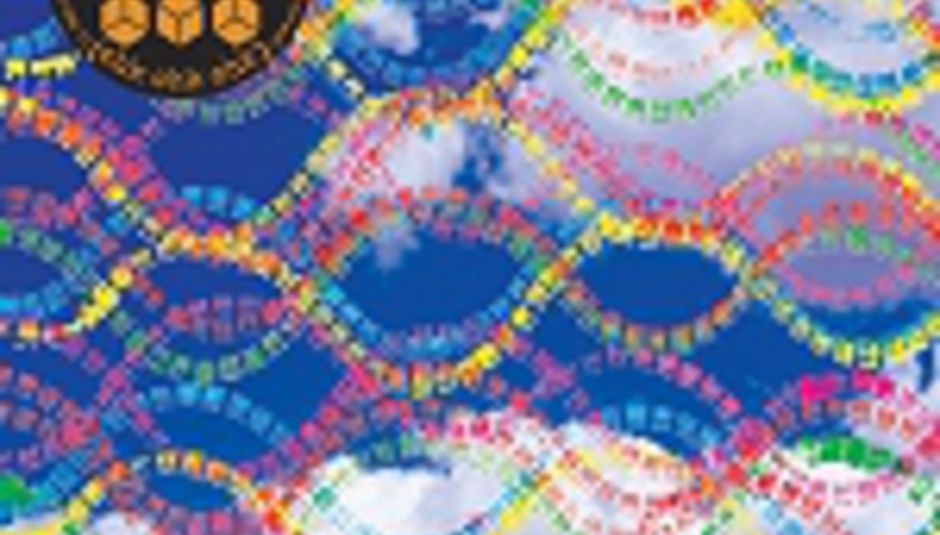 by [redacted] April 19th, 2004
“I ordered room service today. It was VERY exciting. It was only coffee though. We’re not used to hotels like this. You get treated a lot better in the UK than in America. I don’t know why that is. In America you’ll get ‘You’re going on tour. Good luck. Hope you find a floor to sleep on.’ We’ve started to go on some occasions, ‘Well (turning up nose), this hotel isn’t quite as nice as the LAST one.’” A band name to confuse record store clerks and internet search engines, one thing’s for sure – four years in-between albums is a bloody long time. “Three-and-a-half!” the drummer corrects us. “Hey, we’re slow workers,” adds the singer.

We’re sat in a five-star hotel in East London; surroundings which seem odd to the band, who still hold down day jobs. Nic Offer (vocals, babysitter) and John Pugh (drums, “various jobs”) are doing the promo rounds for forthcoming single ‘Pardon My Freedom’ and second album ‘Louden Up Now’. It’s been almost a year since their acclaimed nine-minute single ‘Me And Giuliani Down By The Schoolyard (A True Story)’ hit the shelves, so you’d be forgiven for thinking the band had all but vanished save for the odd gig or so.

Their slow work rate isn’t helped by their split coast setup. Originally formed as an eight-piece in Sacramento, California, the majority of the band later decamped to New York City. “We moved to New York because we love the city,” says Nic. “It’s hard, and I obviously wouldn’t recommend it to any new band. We get such a vibe from the place and the others definitely get that when they come over. We would definitely consider ourselves an NY band now though.”
John adds: “The guys who stayed behind aren’t there because they looove the place, it’s just that they have other commitments.”

Perhaps it’s the ‘vibe’ of NY mixed with the West Coast breeze which has shaped ‘Louden Up Now’ into what it is. While their 2000 debut on Gold Standard Labs received criticism that it doesn’t reflect the energy of their live shows (they both turn their thumbs down at it too), the new album is, by turns, sassy, funky, dubby, druggy, spaced, funny and meaty beaty. It’s Happy Mondays without the bad drug addictions, brought kicking and screaming into the new millennium. It's the knowing nod to the disco funk of Chic and Prince. It’s The Rapture in a big, experimental, dance/rock jamming blender, with the cow bells but without the piercing, annoying vocals and drab ballads. It’s sharing the ‘Dance To The Underground’ love with Radio 4. Who needs drugs when you’ve got music like this to shake your buttocks to? Nic says “I’ve taken acid and listening to our records. I’d highly recommend that.”
John: “We don’t record while under the influence though.”
What about ‘We Were Stoned When We Thought Up The Title Of This And We Didn't Want To Give It A Name That We Had To Explain As 'Oh Yeah We Were Stoned When We Thought Of It' So We're Just Calling It Improvisational Jam 11-02-01’
John: “Eh, what was that one? What was that on?”
Nic: “Oh, THAT. Well, it was just an instrumental jam. Hey, we were stoned!”

Like the Mondays, !!! like to swear. Aside from ‘Shit, Schiesse, Merde’ parts one and two (they reckon pt. 2 is their overall favourite on the album for its dubby groove), ‘Pardon My Freedom’ contains lines to make Shaun Ryder blush. Do their parents approve?
Nic: “Well, yes… I had to say Mom, there might be some bad language in this. It’ll be worse when the new record is out and she can hear everything clearly.”
John: “Our parents are supportive of us anyway. At the Mean Fiddler gig it was the first time mine had seen me play in ANY band. I think they enjoyed it to see people getting off on it and the crowd enjoying themselves more than anything.”
So that’s alright then.

Changing the subject to current and past music likes and dislikes, a quick glance over their website on the Brainwashed page shows that !!! are no dance music bores, listening to everything from American indie rock to classic British artists. Nic says he grew up believing British rock to be the best in the world. “The Smiths, well HELLO! As you get older you discover new styles and incorporate that into your own music.” They both wax lyrical about hugely ignored and underrated American indie band Spoon. “They’re some of the best if not the best pop songwriters around,” says John.
Nic: “Each song sounds like they’ve taken a different drug. They’re amazing. Someone should make them famous before they split up. Sort it out!”
John: “Their songs are really twisted and clever. Everyone should definitely check them out.”
The eagle-eyed, pop-savvy music fans will have noticed the nod to Paul Simon in the title of their last single. Do they think Mr Simon would appreciate such blatant title-nicking?
Nic: “It got a lot of press so he’s bound to have noticed it. But do you remember he got really pissed about Billy Bragg stealing a line of his? Come on, PAAULLL!”
John: “I’d consider it an honour. (Starts singing ‘Me And Julio Down By The School Yard’.)”
Nic joins in the singing.
Nic: “I was pretty pissed off with that NME review which mentioned the ‘NAFF’ Paul Simon song. NAFF?! It’s not NAFF! I don’t know what naff means, but I know it’s not something GOOD!”

Such is the diverse nature of the band, some members, including Nic, also play in Outhud – a band which DiS has heard some people mutter as being “better than !!!”. This is a comment which disturbs them a bit, albeit perhaps a little jokingly. They recoil in horror in their chairs.
“WHAAAAAAAT?”
Oops, my bad.
Nic: “Who said that? WHO?” John: “(Staring at floor, shaking his head) What? Whhhat?”
Nic: “John’s not really bothered by it (John is still going “what? How dare they”) but I know a couple of others in the band would be pissssed off. It’s two totally different bands though, neither is a ‘side-project’.”

DiS plans on catching up with the band again the next time they’re in the UK, so we have just one question left.
The Shins justified having their music used in McDonalds and Gap adverts by the fact that it paid for their recording studio and basically got the band off the ground. What would it take for you to sell out?
Both: “Hahahaha!”
Nic: “We actually had this come up recently with Toyota. They wanted to use Me and Giuliani.”
John: “It was a very cheesy advert.”
Nic: “It was terrible. The money kept going up and up. I was selling some of my own CD collection out of the back of a truck on the day we turned it down. I’d written most of the song, so I had more say in it. But if someone else in the band writes more and their song is the one someone wants, I’m not going to stop it from being used.”
John: “If it was something we really believed in and we liked the product then we’d certainly consider it. But people like David Bowie? He doesn’t need anymore money!”
Nic: “You can see why The Shins did it – he bought a house out of it, didn’t he?”
John: “Though Gap and McDonalds are probably the two worst companies you could sell your songs to!”

Charming, funny guys; awesome music. Don’t miss them at the festivals. They play Coachella on May 2nd with European festival dates TBA. Early promo copies of ‘Louden Up Now’ have various DiS bods slavering over it. You can get a piece of the action when it drops on June 7th via Warp/Touch’n’Go, with the single coming first on May 17th.