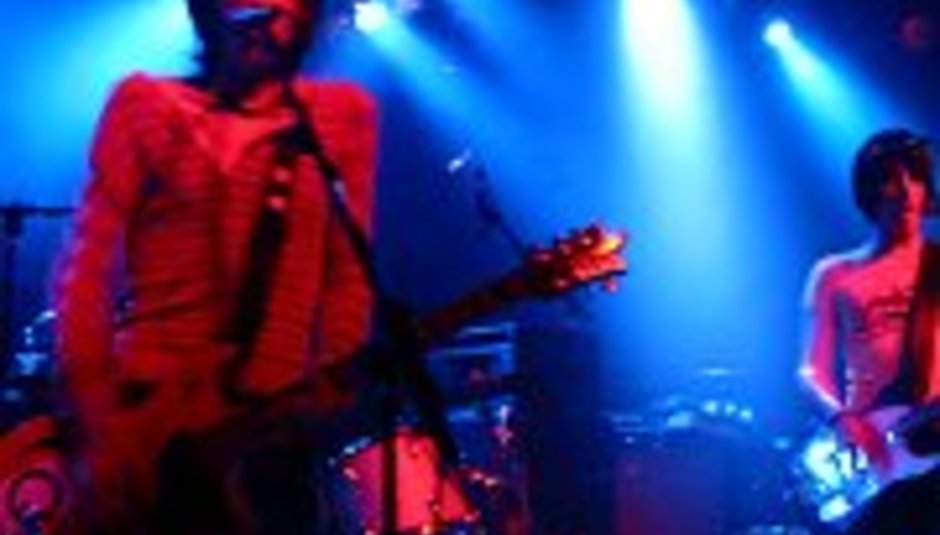 by Kate Price April 15th, 2004
We’ve got plenty of DiS London, DiS Manchester, DiS whatever sporadically popping up all over the place and now Drowned In Sound is to take over Southampton with a new gig/club night.

We've teamed up with one of Southampton's best alternative nightclubs - Lennons, to bring you a night of ace bands, the best indie/rock/punk/pop/glam/electro/whatever music until 2am and cheap drinks all round. This all kicks off on Monday!

Who’s playing? COLOUR OF FIRE + THE OBJECTS (Formally known as THE DOPPLER EFFECT)

**COLOUR OF FIRE**
Sure you've heard plenty about this lot from us already, and probably seen them supporting your favourite bands, as well as on the radio and TV. Their most recent review on DiS reported, "It's [their live set] as exhilarating to watch as it is bewildering and uncomfortable. In the time they've been away, they've beefed up their sound beyond belief. Their trademark stabbing riffs have developed murderous intent; once angular and spiky, now enormous, cannibalistic and vicious, they devour fistfuls of raw Sabbath hooks before tearing bloody chunks out of each other." [Read More]
For fans of The Icarus Line, Muse, Glassjaw – that kinda thang!
www.colouroffire.co.uk

**THE OBJECTS (formally known as The Doppler Effect)**
All of you actually from Southampton or the surrounding area will probably already have heard of these boys, and will more than likely have decided whether you love or loathe them – there really seems to be no in-between. 3 arrogant indie boys with a load of keyboards and a guitar, amazingly kickin’ out the tunes to back up their haircuts. Glammed up, sleazy electro-pop for fans of The Faint, The Cure… with a little bit of Suede thrown in for good measure.
www.thedopplereffect.co.uk

+ Us on the Decks!
Myself and Andy Farley (of DiS fame, not t’other one) will be lighting up the dance floor with lotsa class tunes for your dancing pleasures. And, we PROMISE to make our set a little more imaginative than the bog standard indie/rock night in Southampton… *ahem*. We expect to see you all shakin’ a tail feather until 2am, whence we shall throw you out into the streets until next time.

If you have any questions, suggestions, or are in a band who’d like to take part in future Drowned In Sound events in Southampton, my email address is kp@drownedinsound.com!