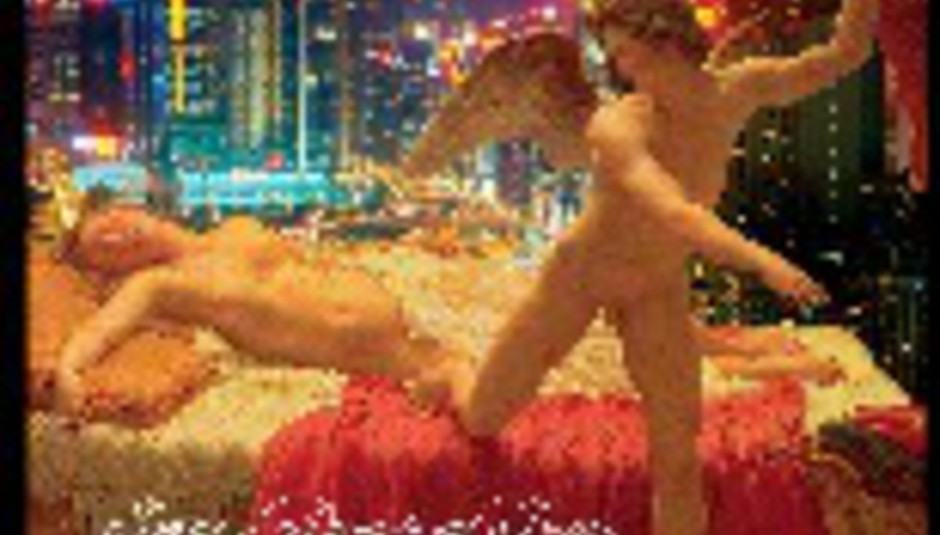 “Why are our generation so concerned with making such awful music…?”

“Why are our generation so concerned with making such awful music…?”

by Dom Gourlay March 15th, 2004
Chris Gordon has seen it all. As a founder member of debauched Glaswegian rockers Baby Chaos in the early nineties, his band toured with the likes of The Wildhearts, Terrorvision and Elastica, and despite losing the odd drummer along the way, has lived to tell the tale. His current project, Deckard – basically the final line-up of Baby Chaos in guitarist Grant McFarlane, bass player Bobby Dunn and ex-Jesus Jones drummer Gen Matthews – are about to unleash their second long player ‘Dreams Of Dynamite And Divinity’, which suggests a more structured, robust and dynamic approach similar to that of Muse rather than Baby Chaos’ previous punk’n’sex’n’drugs’n’roll output.

“Yeah, I guess that Baby Chaos was about turning everything up as loud as possible. We were very raw in those days, very spiky. The first Deckard album (2000’s ‘Stereodreamscene’) wasn’t really all that different to what Baby Chaos was all about, whereas with the new record we’ve written it in a completely different way to how we used to. To say that we had no vision of how it would eventually turn out, I’m absolutely satisfied with the end results. I mean, we’ve been writing and recording this record for a long period of time, and it’s gradually developed along the way. The first two songs on the album (‘To Your Soul’ and ‘We’re Aching’), were actually the last ones we recorded, and yet they’ve brought the whole album together.”

It’s fair to say that Deckard have come a long way both as songwriters and musicians since Baby Chaos first unleashed the ‘Sperm EP' at the tail end of 1993.

“Well I think with Baby Chaos our influences were fairly obvious. With Deckard there’s no set way of thinking. It’s like we’ve all got our own individual likes and dislikes, and we tend to mix a lot of different sounds up now rather than just go for the straight ahead rock’n’roll stuff that characterised Baby Chaos. ‘Grace’s Estate’ off the new album is a radical departure from anything we’ve ever done for example. It’s a little off kilter with the rest of the record and hopefully highlights the progress we’ve made as a band since those early days.”

They take their name from one of the characters in the film ‘Bladerunner’. ”We’re all big fans of Philip K Dick”, admits Chris, ”he was a fascinating individual, he seemed to fit somewhere in the line between insanity and great clarity, but he didn’t die a happy guy…” Deckard also had one of their songs used in an early episode of ‘Friends’, long before anyone else heard the song, in fact!

“Yeah, ‘What Reason’ off of our first EP ended up on a ‘Friends’ compilation album before we put it out as a single. The thing is, that song was quite irrelevant to the episode in question. You only actually hear a wee clip of the song, so unless you actually know what it is you wouldn’t recognise it. It was all down to our old record label Reprise. At the time we only had a deal for our stuff to be released in America, so they put us on several TV-related compilation albums.”

As well as working with Deckard, Chris has also been heavily involved as one-third of Regency Buck and more recently combined his role as an artist with that of a producer.

“That only happened by accident really, a few years back. At the time we were all recording separately and sending demos to each other and we were without a label, so someone had to try and make something out of these demos and that responsibility landed with me. To be honest, I enjoy working with other bands as a producer rather than with Deckard. In the last few months I’ve worked on albums for both Terra Diablo and Remedy, and at the same time when you hear their stuff it sets your own creative urges flowing.”

As a survivor of the back end of grunge, through the whole of Britpop, and more recently the revival of primitive garage rock, Chris Gordon has been through the cycle of musical change more times than David Bowie can say “there’s always been a northern soul/glam rock/trip hop/break beat/fifties jazz influence to my music” and still keep a straight face.

“Every band would like to say that they don’t fit into a current scene, if you like. The thing is though, it's easier for both the record labels and the media to lump bands in with other bands so they can sell their product that much easier, which is why so many good bands fall by the wayside because they’re seen as being nothing more than a passing fad for whatever scene is currently in vogue. It astonishes me as to why our generation are so concerned with making such awful music. It’s come to something when a group like Westlife can hold a press conference because one of them has left and actually sit there and say we’re the new Beatles because there’s four of us like what they had! I mean, I’ve got nothing against the concept of manufactured pop – Motown was manufactured, so were the Monkees, even the Pistols to a degree – but people like Westlife and their management team have nothing to do with what people in bands like I do, or even any kind of artistic process. It’s like they’re operating outside of a mainstream way of thinking and yet they have a calculated plan to infiltrate the mainstream at the same time. A reality of the unreal, if you like.”

So it would probably be fair to say that having battled with and against the constraints of the music industry for a number of years, Chris is under no illusions any more about record sales or glossy magazine covers.

“No, absolutely not. We have no commercial aspirations for this album. If you start thinking in terms of unit sales more often than not you’re doomed to failure. When a band with that kind of work ethic goes onto greater success, they tend to lose sight of what made them form a band in the first place, and before they know it they’re sucked into a whole new environment where commercial success far outweighs any artistic licence they might have once had. We’ll keep on making music together at every opportunity, regardless of the trends of the day. We’ve all got so many other things going on in our lives to let commercial issues get us down. We all believe in what we’re doing, and as long as we keep on trying to create beautiful, timeless music there will always be a future for bands like Deckard.”

And the way the music press creates a monopoly on which artists they’re going to write about and the hundreds more they tend to ignore?

“Well, I suppose it’s a good thing for the two or three bands who get an endless stream of blanket coverage, but it’s a waste of time for everyone else. It all boils down to the same thing though, in that the editors of these magazines are only there to sell copies of their product, so therefore donate more space to what is more commercially acceptable to their target audience. That’s why we fully believe in what most music-related internet sites are doing, because the people writing for them seem to look beyond all the crap about what sells and what doesn’t. It would be great for the future of music if more people were willing to look a little and support those artists who you don’t have rammed down your throats week in week out.”

With the album set for release on 29th March, a headline gig at Camden Barfly on 9th April, and the promise of several festival appearances throughout the summer, 2004 looks like being a pretty busy year for Deckard.