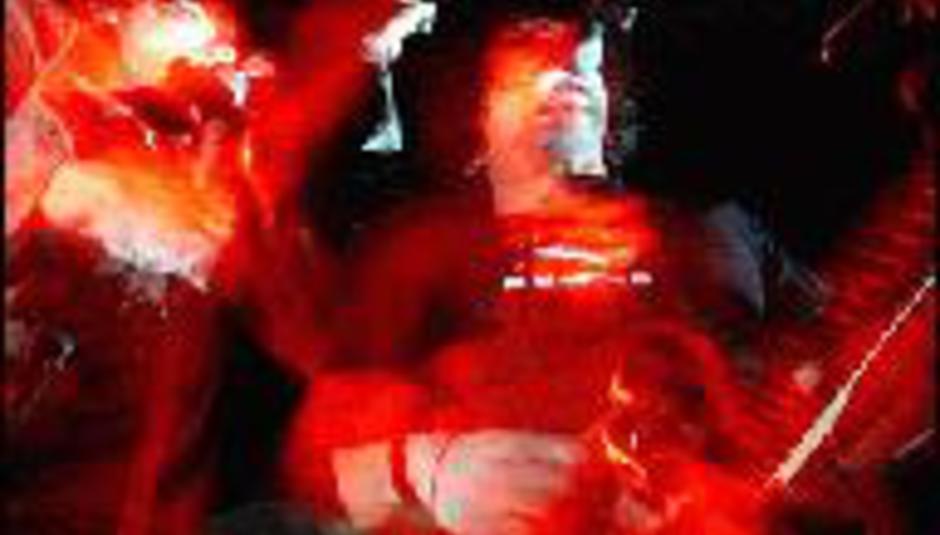 In The Moog For Dancing

In The Moog For Dancing

by Mat Hocking February 16th, 2004
While the pop-punk flusters of their Epitaph brethren seem to be the highbrow critic’s choice of poison, Minneapolis-based Motion City Soundtrack are a band taking a different slant to the whole pop-rock shebang. Having released their mighty fine debut album ‘I Am The Movie’ through Epitaph last year and toured like human yo-yos back and forth from the US, they demonstrated a sound with much more style and soul than their happy, bouncy contemporaries could ever muster.
“I’d say we’re pretty happy and bouncy,” defends bassist Matt Taylor, backstage at the Astoria after their strenuous live workout supporting the All-American Rejects. “But we’re also a little violent too.”

Certainly energetic.
“You say energetic, we say violent,” he laughs.

Indeed, watching them drive out their Moog-laced power-pop is an awesome site, while their keyboardist Jesse Johnson is a spectacle in himself. Flailing around like a hyperactive, ill-disciplined gymnast on ‘E’ he’s a perfect accompaniment to their explosive sunshine rock. As they tear through the wired interconnected melodies of a track like ‘Cambridge’, they’re a band pulling and tugging on the keyboard-soaked sleeve of Ozma, whipping up a bustling amalgam of pop, dance-worthy beats and cockle-warming tunes.

It’s a sound that demonstrates an array of influences including such disparate styles as lounge, techno, Huey Lewis, Elvis Costello and 80s hair metal ensuring a style that avoids any rigid melodic rock framework. “I think we’re the two metal [guys]” says Matt later, pointing to vocalist Justin. “We have that in common but we have nothing else in common”.

As for the three key influences that bind the group together Matt lists Superchunk, The Pixies and Jawbox as mutual loves, although it’s clear the band are also persuaded by that poppier Weezer-esque side of rock. “Well Josh [Cain, guitar / vocals] introduced me to a whole new side of music, like The Promise Ring, Jimmy Eat World,” he says. “That super kind of pop music. We just set out to write fun songs that we would listen to and have fun listening to. That was the underlining thing we had and everything that happened since then just kinda happened on its own.”

As for the techno influence, it’s probably vocalist Justin’s remarkable glasses that inform of his implicit predilection. “Actually the glasses that I wear, I bought them in Minnesota but they’re based in London. The small shop’s called 'Kurt Originals' in Covent Garden and I actually planned something for the first time, I never plan to go out and do things, so I went there and talked to the people who made the glasses and got another pair of glasses. That was pretty sweet.”

So where do the movie references come from with the name Motion City Soundtrack and the album title ‘I Am The Movie’?
“I get a lot of inspiration from movies,” insists Matt. “I guess I’m a big movie freak. Lyrically, I really dig Tom Waits and John Sampson [The Weakerthans], Ben Folds, Tim Kesher [Cursive], Matt Skiba… there’s so many.”

Indeed there are. With so many influences taking root in their music it must be frustrating to see comparisons to such bland, criminally overrated acts such as Good Charlotte in the music press.
“It’s just kind of funny,” shrugs Matt. “We got the Good Charlotte comparison recently. Personally, I don’t get it.”
“Maybe we’re like a Good Charlotte rip-off?” offers Justin.
“We get compared to so many weird bands on the radio right now. It’s not like you can do too much about it, like it doesn’t really bother me too much.”
“We just get a good laugh out of it,” Justin agrees. “Like, ‘oh, look who we get compared to today.’ I think we’re just happy we’re getting written about.”

And with those words, shrugged with a carefree innocence, you could easily mistake them for a fledgling teen rock band touring outside their hometown for the very first time. Maybe it’s an innocence that conciliates such lazy reactions. Or maybe they’re just confident that their music speaks for itself, so invigorating and creative is their melodic rock blast.

They've just come off yet another UK tour as guests to Blink 182, but check their website for updates.