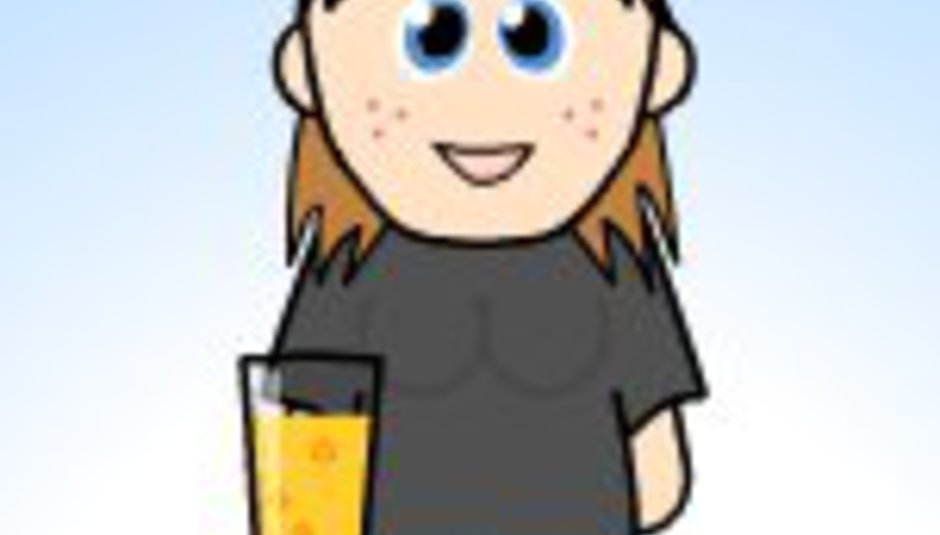 The Toilet Circuit Diaries #3: All Hail the Four Guitars!

The Toilet Circuit Diaries #3: All Hail the Four Guitars!

by [redacted] November 8th, 2003
Greetings. Here are some of the gigs which have been happening in London Village this week.

Atlantic Dash have the whole of the A&R community (and their mums, probably) out in force at the Barfly. You can see the appeal (prettyboy frontman, indie anthems, tunes) but everything’s hidden under a trying-a-bit-too-hard clutter of guitar and piano. DiS ticks the “would go and see them again” box on the checklist, and leaves for the Dublin Castle. Police and Thieves are less impressive, being more of a typical London punk band with a set of unmemorable songs. DiS gets the bus home in a mood. Mondays suck.

Day two of our escapades brings us to ULU, where the much-hyped 22-20s are to headline. Whilst queuing for a ticket, DiS resists the urge to jump fully clothed into the swimming pool downstairs, instead opting to check out The Duke Spirit. After changing their name from Solomon, things seem to have taken off for the band. Fronted by a feisty blonde grrl, they play dirty rock ‘n’ roll. Dogs Die In Hot Cars follow and are the black sheep of the night – no r’n’r here, just pop. Craig battles with a throat infection to pull off that Kevin Rowland/David Byrne hybrid he does so well, while the set of ‘Chinese Girl’, ‘Paul Newman’s Eyes’, ‘Lounger’ and all the rest are going to make for a stunning debut album, which is being produced by the legendary Clive Langer and Alan Winstanley. CANNAE WAIT. Someone in the crowd shouts “’mon, the jocks!” OK. Later that evening, keyboardist Ruth will proudly tell DiS she’s bought five pairs of shoes during the tour, and that she, in true Withnail style (“WHAT’S IN YOUR TOOLBOX?!”), OD’d on Craig’s throat spray… for no reason whatsoever. Splendid.

The 22-20s, however, suck. Their time as a covers band hasn’t done them the best of good in terms of writing their own songs (perhaps the fault of the media jumping on them so quickly before the band had time to develop), and the recycled riffs are still being done better by the other numerous retro rockers around. They’re like Kings of Leon and the White Stripes, but without the interesting PR angle. Still, they’re not as bad as Jet, and for that we can be thankful.

The Worst Band In The World This Week

Four Day Hombre cancel their Barfly gig due to the throat infection bug, which means DiS can go to see Oceansize instead. Rah. But first, there is a really shit last-minute support band who may or may not have been called Surfer 74, with a soloing guitarist in sleeveless top, a bassist holding his bass waaaaay too high, and together they probably think they’re like Matchbox 20 and Bon Jovi (guitarist even had that pipe thing (to give it its technical term) Ritchie Sambora uses in ‘Livin’ On A Prayer’). Eeeeewwwwwww! “Has anyone here been to Stoke on Trent?” the singer hopefully enquires, “because we recorded our album there.” Had he waited longer, he may have got an “aye” from Agent Blue, who turned up to watch the rest of the evening’s entertainment.

Not much needs to be added about Elefant and Oceansize, to what Future’s already said, other than DiS getting VERY EXCITED INDEED when Oceansize brought on FOUR guitars for ‘One Day All This Could Be Yours’. The intense wall of noises causes some girls to quickly run up the stairs with their hands over their ears. Rahhhh.

Am excited about seeing Le Reno Amps. The duo are both in other fab bands (Maple and Nero) who are fab despite having never broken out of their local scene. Together, they mix up country punk and dark lyrics. What the Violent Femmes would sound like if they listened to Super Furry Animals. Maybe.

Tobermory would be good, a DiS companion suggests, if they kept the drummer and bassist and sacked the rest of the band. Sacrilege, horror, as they break into the Pixies’ ‘Where Is My Mind’ during the set – it is, however, the best part. Hmpf. There are moments of goodness but marred by some awful vocals and a underbelly of sludge. Must Try Harder.

DiS remembers little about The Hampdens, other than they’re Australian and boring, so it’s upstairs for a breather before returning to see The Rakes. Oooh, that’s more like it. The immediate lazy comparison to spring to mind is Franz Ferdinand – they have the same kind of gang mentality, yet with an added dose of humour and chaos. And, oh yes, like Franz, they have TUNES. Oh yes, lots and lots of tunes! “Every bone in my body,” DiS’ chum suggests this time, “tells me I should hate them… but I don’t.” ‘Mon, The Rakes! Ripping The Garage A New Hole

Ooh, we’re livid, dear reader, really really livid. The Garage has come under new management (really??) and the doorman upstairs apologetically says we can’t take our bag into the venue; we have to put it in the cloak room, at the cost of £1. You can shove your £1 cloak room up your arse, Mr Garage. DiS manages to get the bag in somehow, and takes position at the front with the first band’s No. 1 fan, Mr Oliver Hicks from DiS Recordings’ The Koreans. Stupidly young nippers The Edmund Fitzgerald are said first band, and have come a long way during their mini tour. Playing mainly instrumental, start-stop rock (that'll be 'math rock' then), they’re still a bit of a mess but bring everything together for their last two songs, which make DiS grin a shit-eating big grin. The grin changes to a gaping mouth when Youthmovie Soundtrack Strategies take to the tiny stage. Look, there’s not much more that can be said on these pages about them, save for the third (and last song) of the evening, which was a new one with some mental screeching (yet controlled) guitars which make Johnny Greenwood’s finest moments sound like The Hidden Cameras.

Now it’s time for the return of Cat On Form, and in their absence from gigging they appear to have written some proper songs. Hmm, not sure how that happened. They’re one of the most intense bands DiS has witnessed… it’s almost scary… they could be massive, if they wanted to be. Finally, though, Immense - they’re post-rock, you know - have just released a new album on Fierce Panda and one of the members is at least 100 years old. DiS hasn’t witnessed a more motley bunch of men since laying eyes on Garlic and The Grim Northern Social. It’s strange. Immense are confusing. What the fuck’s going on? We have no idea. Do we like them? I have no idea. Erm…