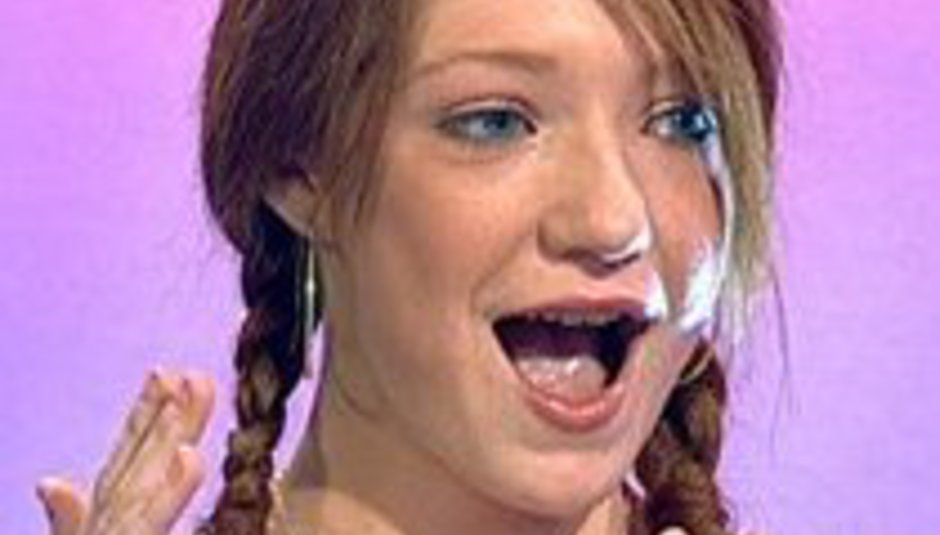 DiS Plays Pop (So You Don't Have To)

DiS Plays Pop (So You Don't Have To)

by [redacted] October 31st, 2003
new pop wreckords, gossip nicked from the tabloids, and… stuff… dis plays pop, so you don’t have to

Hello! Today’s most rubbish boyband is Boulavard! Please visit their messageboard at www.boulavard.co.uk and tell them how much you love them! The board is full of intelligent young ladies saying things like “lmao @ the song omg @ charlie the fitness of the dude! lmao @ u wishin ashley was matt... we all know u do lol! awww luv it when matts under the table! james is looking good in the vid too, wit woo the blue do!”

** Scots ‘Fame Academy’ muppet David Sneddon has told ‘The Daily Record’ paper that he wants to quit singing and concentrate on songwriting. This, of course, has nothing to do with the fact that all the worldly possessions he won in the ‘FA’ final will be taken off him at the end of the year, the fact his last single stiffed like a paedo in a playground, and it’s highly likely he’s going to be dropped anyway. Sneddo is said to be “disillusioned” with the music industry. More reality TV shenanigans with Phixx (cast offs from ‘Popstars: The Rivals’), whose debut single, ‘Hold On Me’, is said to have impressed the Pet Shop Boys so much that PSB want to produce Phixx’s next single (this is according to ‘The Sun’). Actually, ‘Hold On Me’ isn’t too bad, if you like that slight ‘80s sleaze sound.

** Charlie from out of Busted has two favourite record labels: Fierce Panda and Chemikal Underground. We presume Universal is his other favourite label. Said label (not Fierce Panda or Chemikal Underground. That would just be weird) is releasing the first new fruits since the band’s debut album. It’s called ‘Crashed the Wedding’, and it is a bit punkpop and uninteresting, quite frankly. Harmpf. Girls Aloud have a disappointingly rubbish new single too, called ‘Jump (For My Love)’. A vague attempt at disco pop with Louis Walsh’s favourite, Nadine, taking most of the lead vocal, it’s not a patch on the mighty ‘No Good Advice’.

** We hear, probably incorrectly, that the Fast Food Rockers album is “ace” (LIAR!) and contains songs that sound like ABBA. This of course makes FFR the new Steps, except with a dog in the band (insert your own joke here). Incidentally, DiS witnessed Faye from Steps on a panel at In The City, as she’s now working for some publishing company or other. Exciting, yes? She seemed very lovely. Speaking of pop groups of yonder, MTV is making a Rise And Fall Of Boybands type of documentary, featuring members of Northern Line, 5ive/Five, Westlife, Blue, Boyzone and 911. Presumably Northern Line won’t feature too heavily in “the rise of…” segment.

** Finally, pop’s hero of the moment is the inimitable Simon Amstell, co-presenter of T4’s ‘Popworld’, who, last Sunday, posed the question to Busted: “Which member of Girls Aloud do you think smells her finger the most?” They unanimously decided on Nicola.

Until next time…
Toodle pip.