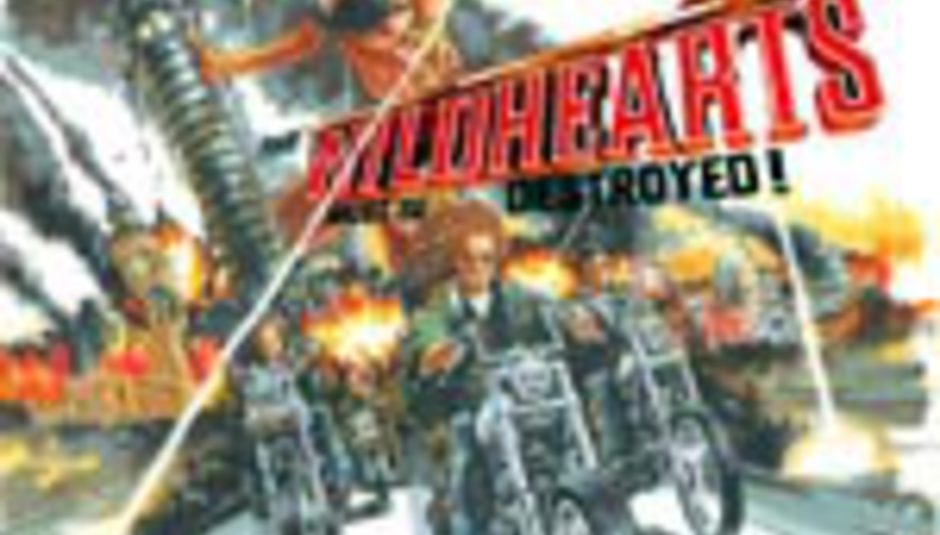 The Year of Rock & Roll Continues

The Year of Rock & Roll Continues

by Mr Ben October 31st, 2003
Throughout 2003, DiS has been documenting the comings and goings of a new wave of rock & roll artists who are showing that, even when rock music itself has broken into the mainstream, there is always an alternative. But what bits have we missed?

The B*Movie Heroes, the best live rock & roll band that I have seen in a long time, are currently on a mammoth tour which will continue until December, playing virtually everywhere. Meanwhile, if The Barbs are playing anywhere near you, you could do a lot worse. It’s punchy rock & roll with twin male/female vocals, and it’s nice to see a band who can be bothered to enjoy themselves onstage. And as if that weren’t enough, veteran rockers Therapy? are touring Europe as we speak, returning to the UK for some dates in November and December.

The fantastic New Disease (see below) returned to the studio in September. They’ve been working with David Bottril, who’s worked with Tool, Muse, Silverchair and more. If you’ve been listening to Chris Moyles’ show on Radio 1, you may have heard The Wildhearts’ cover of the ‘Cheers’ theme tune. The song’s being released as the b-side to the band’s new single, ‘Top of the World’, on November 3. The wonderful Kitty Hudson have made a new EP, ‘Speedophile’, which can be sampled here. Personally, I prefer the album, but anyway. At long last, Therapy? released their DVD, ‘Scopophobia’, on October 27. It features the entire Belfast show from the band’s last tour, as well as a selection of promo videos, a mini-interview with the band and a tour documentary. More details here.

Here’s a collection of great rock & roll records from 2003 that DiS didn’t cover when they first came out, but are well worth checking out.

Neil Leyton: ‘From the Brighter Side of Her Midnight Sun’ (ChangesOne, January 2003)

To say that Neil Leyton represents the more subdued side of rock & roll would be an inaccuracy. Above all what strikes me is Leyton’s brilliant control of dynamics. With an unusually expressive vocal quality, Leyton is able to shift mood almost seamlessly, as epitomised by opening track, ‘Whispers’. Meanwhile, in ‘(I Miss the Times) When the Russians Were Coming’, his voice ascends to a genuinely terrifying shriek at the end. Overall, this is more than just a collection of songs – by the time you reach final track and album highlight, ‘Twilight of the Gods’, you really feel that you have travelled somewhere. Comparisons with Jeff Buckley are perhaps inevitable, but on this record Leyton has undeniably placed the stamp of his own unique artistry.

There is something apocalyptic about all of Devin Townsend’s records. The combination of his thickly textured production technique and his versatile but normally slightly god-like singing makes a new Townsend album a truly adventurous prospect. The fact that this latest offering was released simultaneously with a new album from Strapping Young Lad (Devin’s more consistently heavy project) seems to have had no impact on Devin’s ability to go completely mental in his solo endeavours. The opening track is absolutely terrifying, and if you shut your eyes as Devin screams “Suddenly decide to listen to me!” you can almost picture him smashing through the window and grabbing you by the throat. Having said that, the rest of the album is arguably a bit less in-your-face than, say, the ‘Physicist’ album, but all this means is that Devin’s giving himself the chance to channel his immense energy in different directions. Like his other offerings the album has an epic quality to it, although if you’re new to Townsend, I would suggest going for ‘Terria’ rather than this.

It’s hardly surprising that, prior to forming New Disease, guitarist Mark Thwaite was involved in collaborations with Gary Numan. While the band entertains an unashamedly rock-oriented sound that will never fail to disappoint in a live scenario, the underlying element of electronica is what distinguishes New Disease from many of their peers. On the one hand, opening track ‘In Vitro’ is predominantly riff-based, nodding (unconsciously, I suspect) towards Pearl Jam, while the EP’s masterpiece, ‘Hold On (Here Comes the Sun)’ is an altogether more subtle offering. With a verse that brings to mind The Cure’s classic, ‘Cut Here’ (in a purely positive, non-plagiaristic way, of course), the chorus is truly apocalyptic. It could just be that the title makes you expect a bit of Beatles-esque sentimentality, while the reality couldn’t be any more different. It’s a refreshing debut, and New Disease could be monumental live.

With The Wildhearts under a current charge of having become too pop-oriented, the band that used to sound like their little brother suddenly becomes a real contender. The sound on this album is excitingly rough and oily, with dirty great bass riffs and some superb vocals which alternate between the gruff and the squeaky clean as the songs demand. Songs like ‘Something Better Give (Or I’m Giving In)’ and ‘S.O.S.’ reveal a venomous tint to the band, while ‘Ignoring the Joneses’ and ‘One Rung Up From Misery’ are perfect pop songs. Overall, it’s a gorgeous bit of melodic rock & roll with some refreshingly rough edges.

All in all, it's been a brilliant year so far, and promises to continue in the same vein. Chart action certainly isn't everything, but with rock music in general really making a name for itself in the commercial market, that can only be a good thing for the less mainstream side of rock. Events such as the Five Miles High all-dayer in June have shown that great rock & roll music of a diverse nature is still being produced to a high quality: you just have to know where to look.