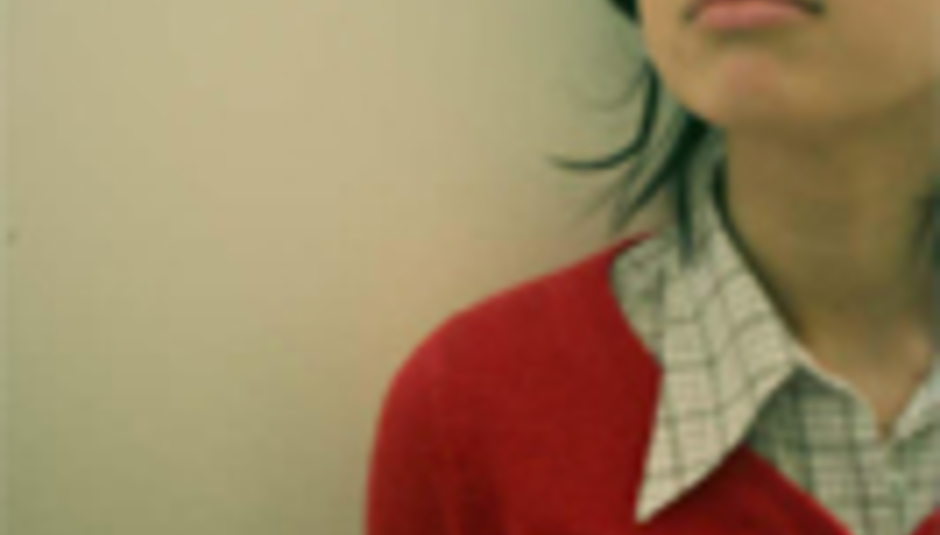 DiS doesn’t often get all wobbly and start crying; least of all whilst watching little-known acoustic acts playing at a free afternoon gig. However, as emo as this sounds, about a year ago, eyes began to fill up with little broken heart-shaped tears.

Not for continued mourning at the death of Elliott Smith, (although maybe Freud would later work out it’s probably related deep down somewhere in the context) but for the spiteful tributes to dead best friends and painfully fitting deconstructions of the all-pout cool girl in school who's now got a so-fuckin'-lame cocaine problem.

This, all came pouring from the lips of some shy but cutesy girl-with-a-guitar, who's opening line went something like, "So I cut my hair, to look like Patti Smith and sing about women, who have sex with men...".

The singer was Emmy the Great and her abrupt mixture of honesty and blog-like storytelling took many aback as tales were pebble-dashed with crude Moldy Peaches-esque humour and swathes of metaphors made of the stuff of Bright Eyes' finest lines. The songs, despite their rough-edged charms were simple and gentle and as many-a-DiSser's last.fm stats will attest, utterly compelling.

Over the past year we’ve given Emmy a few mentions here and there and even pushed her out on stage to play in front of 1000 Brightonians as support Martha Wainwright. A few weeks ago we made her part of our new digital singles club with the release of her debut single ‘Secret Circus’ (which is also available as a 7” on Fear and Records). This week she begins her second stint around the UK, this time with Moshi Moshi's finest Tilly & the Wall. Sean caught up with Emmy to DiScover more...

*You recently joined DiS as the first Guinea Pig-like guest for our podcast and played lots of folk music. How did you discover this kind of music that doesn't really have a natural outlet...? *

What usually happens is some friend goes, "look I got hold of this really beautiful and hard to find music through years of extensive study in my area of interest", and then I come to your office and I go, "look at this really cool music that I discovered. It's got like hiss on it and stuff."

You once told me you wouldn’t talk to me if I didn’t re-listen to ’In an Aeroplane Under the Sea’. What is it about Neutral Milk Hotel that you love so much?

The NME called you the honey voiced Angel of British anti-folk. We know anti-folk isn't a movement against people or anything but please explain to those less-informed readers what it is and why it's so special?

I’ve got some quite patchy knowledge, but I think in New York it grew because people who were considered not proper folk were being barred from playing the folk circuit, and so all these outcasts banded together and became a really vibrant and important scene. Anti-folk doesn’t have quite the same kind of implications over here. The problem seems to be that though the British anti-folkers are a lovely bunch, and are enjoying some level of success, they can’t recreate the politics that necessitated the New York scene. And it’s also hard to match the calibre of the breakthrough American artists like Jeffrey Lewis and Regina Spektor and the Moldy Peaches, because fewer artists seem to be attaching themselves to anti-folk in Britain.

The Wikpedia Entry on Anti-Folk is here_

*You grew up in Southern England but you're originally from Hong Kong, how do you think this influences your music and who you are? *

Being Chinese doesn’t really inform my musical identity much, if it did I would probably have a karaoke machine for a backing band. There used to be a few Hong Kong punk bands with brilliant names like Tokyo Sex Whale, Star Whores and NOPDOGS (a Korean band whose initials stood for No Our Parents Don’t Own Grocery Stores), but they all left years ago. I went back last year and the artiest place I could find was a noodle bar with an ironic picture of Hitler.

The move to England was pretty influential. My parents bought a house here years before we could move over so we used to visit in the summer, and my dad would do some real Country Life magazine shit with us, like cricket matches and apple picking. My music’s quite pastoral and I think it’s cause I’m still an anglophile at heart. I used to have an American accent and listen to Weezer and Metallica, then the day we arrived here I was like “hheeelliooo, pip pip what what” and it was all about the Smiths and Blur.

As an interesting aside one of the members of Star Whores ended up in a Aldershot ska band called Lubby Nugget.

You've played with all sorts of amazing people, who've been your favourite and the nicest and why?

Johnny [Flynn, violinist] and I were particularly taken with Martha Wainwright’s** bassist Brad Albetta. He was clearly an alpha male as he had a big bristly moustache. It was very noble and we still think of him as Dad Albetta.

I also had a great time with Euros Childs and his bandmates Alun, Pete and Tom. It was my first tour and they taught me some really important things like how to save money by bagging up your rider and using it for food, and to eat enough bananas so as to counter the effects of the apples. I felt quite in awe of them at first but I soon realized that if I drank a bottle of wine and started mouthing off about mainstream indie acts I could start conversations. Of course I got a bit carried away and started attacking bands that I‘d never really heard, and they’d ask, “Which album is that?” and I’d be like “Er, you know, with all the bad music on it, yeah.” And there would be deathly silence

*Which is your favourite wall... Tilly's, Pink Floyd's or China's? *

I listened Pink Floyd once. It was long.

I’d probably choose Tilly’s over China in an immediate sense but if I go to space and I can’t see them, I’m gonna be pissed.

*Your friend and "nemesis" - Jeremy Warmsley, produced your debut single, how did you meet? *

We met at the Betsy Trotwood at the night he puts on with his friend Simon Macaroni, I thought my boyfriend had stood me up, but in fact he had gone to the wrong part of the venue and had become trapped in a crowd of surfer rock fans from Croydon.

*You sometimes moonlight as a roller skater at a tea party in East London, what's that all about? *

My friends the Ladies Grey put on a night at the Bethnal Green Working Men’s Club called Viva Cake. We bake and we serve tea and then a band plays and everybody dances. It’s what in Germany they call a Hammer Partei, which basically means Awesome Party. Another good German word is Supergeil, which means, loosely, Ultracool.

We hear you're looking for band members at the moment, who are you looking for?

Now that my recordings are getting bigger, it’s weird going on stage and performing acoustically. It can throw you off when you’re waiting for the string quartet and nothing comes. At the moment I have a few friends who share my music taste and when we come up with parts we usually have the same ideas, so I’m looking for a band who I can build that kind of relationship with, who can commit to a few more gigs. And in terms of instruments I’m open to anything, though it would be helpful if they play the instrument and not just own it.

*You once had a different/real name, why are you now monikered akin to a conquerous barbarian? *

It goes with my beard.

And finally, you're off on tour with the fabulous Tilly and the Wall, playing in lots of places you've never been before, what can people expect from your show? Will you be tap dancing?

No tap dancing for me because I'm first support I've been informed that I am to be quiet while the other children are playing, and carry their luggage without fuss. Emmy’s debut single ‘Secret Circus’ is out now on the Drowned in Sound Digital singles club.

You can buy the 7" via Fear and Records here

Catch Emmy the Great on tour this month with Tilly & the Wall and Semifinalists...

To join Emmy's band or find out more visit: emmythegreat.com