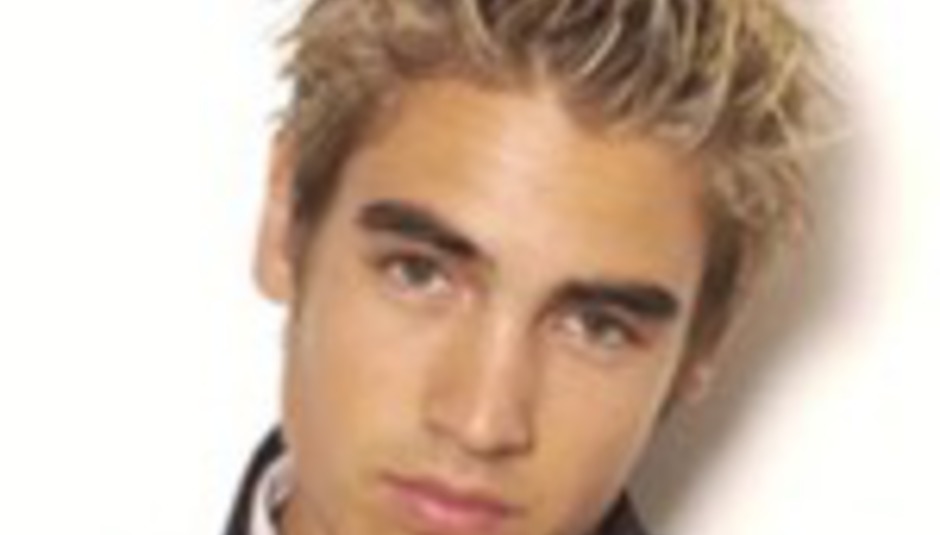 Call me cruel if you like, but this time I'm sticking the brothers in the ring. In the red corner we have Charlie, hailing from Bustedshire with his post-somethingorother labour of love, Fightstar while in the blue corner we have Will, who actually hails from Obscurity while bearing the burden of being 'his brother', is representing Brigade. Or is it Br:gade? I can't quite decide.

That is obviously not the point though. The point is, I'd get some punter slagging me off for referencing Charlie in a Brigade review and I'd get someone else making a pun if I pointedly left Busted out of a Fightstar review so I'm doing neither so nobody talk about that because that's why I'm doing this. Get it? Basically, this is Brigade vs Fightstar. Brother Simpson vs Brother Simpson. Charlie vs Will. Ooh err. Let battle commence.

Now I have to say right now that I fucking loved Busted, despite seeing Chaz's despondency grow in direct proportion to the amount of time he was spending on this 'side project'. After a highly promising ep release early in 2005, the quartet signed to Sanctuary and released Grand Unification. I was expecting mediocre things. It's just the way it goes. Right? Not a chance.

Their debut long player was a heady amalgamation of Charlie and Alex ripping off all their emo and metal influences but playing with a gritted sheen and dexterity that their mothers would be proud of. The energy that courses through each song is captivating and exhilarating in equal measure. Much has been made of Charlie's throaty, snarling vocal style but it just fits so snugly into this style and while there isn't a single classic track on here, you're forced to move your feet too much to even begin to call this average.

Brigade also release their debut album this spring. Following pretty much the same timeline, a single of sorts was pressed up and distributed at the start of '05 and then cam the album. Signed to Mighty Atom (former home of Funeral For A Friend), Will riding his little brother's coattails was obviously going to be a more credible effort!

It just so turns out that this epic slab of scuzzy art-rawk really does sound fresher and more intense than mini-Simpson's despite appearing to try less hard. Ouch. Lights is less instant due to the inherent intricacy of the massive chunks of Interpol-y riffs that form the backdrop for Will's yelped vocals. There is a timeless elegance about the musical manoeuvring in the song structures, reminiscent of Placebo, that indicate that while this may be an early offering, Brigade may well have a very strong future.

Which Simpson Wins??? It's a close one. Technically it's not Charlie's first effort so he shoulda done better. Maybe he's just jaded. It doesn't matter. Will's album sounds better even if it is less metal.

Who shreds the stage with their live show more?

Fightstar quite clearly hold the trump card. Charlie makes this section very, very short. There is no beating that young man's star quality. He had it in his last band and it's something you never lose. While the rest of the band know exactly what they're doing and they do it fantastically, Al Westaway is just as important to Fightstar but, onstage, he just seems to pale in comparison to his housemate. Charlie towers over them all and he knows exactly how to handle his mic, his guitar, his everything. God, I think I fancy him as well now.

I guess it just runs in the family because Will is a livewire on the stage. Brigade have paid their dues a lot more than Fightstar have but that was an inevitable with The Busted Effect but their time in the toilet venues of this land was time well spent. They have gotten to know each other well and have formed a tight unit. Their songs burst to life onstage and their atmospheric noodlings are happily interrupted by thunderous rhythms. They are impressive and as with their record, have much potential.

Which Simpson Wins??? Ashlee, obviously. But actually it's that Charlie who takes his share of the spoils.

There is no image to speak of, to be honest. For either band. They wear each other's band tshirts, which is quite cute but otherwise there's nothing doing here. Although, I recently did see a Fightstar promo photo where they're all posing up, their cheekbones going to high heaven. That made me chuckle a bit but it also occurred to me that Charlie From Busted was definitely now Charlie From Fightstar. He must be pleased about that. Will, however, is still just Charlie's Brother. That must annoy him. Also, Charlie appears to have better beard ability than his big bro. Cuss, Will!

Which has better fans with better reasons?

While you'd hope that Son Of Dork hoovered up most of the disoriented Busted fans, the hardcore eyebrow worshippers did follow their hero into venues that allowed them to actually touch Charlie's leg. Indeed, I touched his leg once. Brigade, on the other hand, got some fans purely by association but did get the majority through sheer hard work. That means their fans are real music fans. I will defy my own classification by saying that I prefer watching Fightstar.

Which Simpson Wins??? People like Will for what he does, not who he is. Is that right? I'm a bit confused to be honest.

Which one has that X factor that makes the girls swoon and boys... swoon?

Charlie has got so much cool factor on his side. He's been on the front cover of Smash Hits. He broke up the UK's biggest boyband while in their pomp. He's been on the front cover of Kerrang. But most amazingly, there's a Charlie Simpson poster up in the Drowned in Sound office, where he joins such luminaries as Cat Power, QOTSA and some silly scribbles by Colin. It's because DiS Records' artist organiser, Debbie Gwyther fucking loves him! Basically, Will isn't as cool as his little brother. In fact, he can't even compete! Cuss!

Which Simpson Wins??? Charlie is just 2 kool 4 skool and Debbie doesn't love Will. I think Mike Diver does though!

Who won? What? As always with siblings, it was a close fight with the lead changing after almost every round. That last score was indeed crucial. Hooray! Here are the...

Ultimately Charlie got the beating of Will with his past conquests but only by a slight SIX points. There are respectable scores for both Fightstar and Brigade and I think you can be sure that there are exciting times ahead for both bands. If you're reading this Charlie, I'm sure a signed photo would go down a treat with Debs. In other news, Ashlee Simpson thinks you should vote but is not related to Charlie and Will.

Previous Vs:
My Chemical Romance vs Marmaduke Duke [link]
Korn vs Motorhead [link]
Fall Out Boy vs Idiot Pilot [link]

Next Vs: (maybe)
Winnebago Deal vs Good Charlotte (based on a true story)