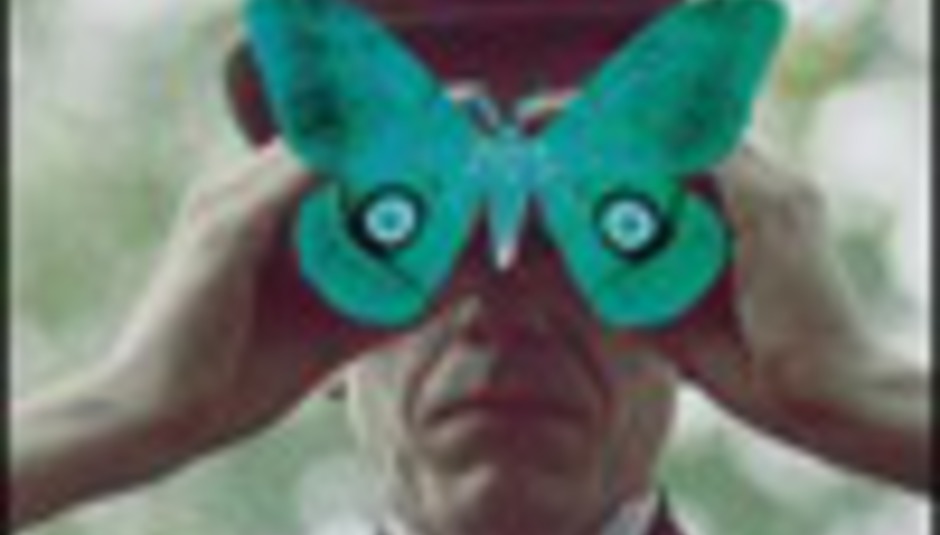 First, a confession. On first hearing of Psychid’s eponymous album, I really wasn’t that impressed. Granted, I was leaning against the HMV listening post, flicking through the latest copy of Q at the time, so a well rounded and contemplative listening experience, this was not. I heard hints of mid-nineties Radiohead and the now well-trodden path of helium-heeled falsetto, but without the killer hooks, so familiar territory... but I was wrong. After approximately seven spins of a turntable, this record really starts to unveil its hidden depths, much like the Doves first album. So when I got finally to interview Psychid sticks-man Marcus Efstratiou, the making of their first record spawned many a question. First I needed to know why they abandoned their previous moniker, stolen from a lady of polite 18th century society... perhaps it didn’t have the necessary zing to warm up the cash registers. “It took us seven or eight years to come up with a decent name! We used to be called Moth after Hester Thrale, then we found that there was this Christian rock band called Moth, who threatened to sue us.”

Not rushing into things is seemingly very much the Psychid way and whilst many a band would snap at any record deal offer, without a second thought, Marcus and his accomplices traveled their own path, taking in a support slot with Radiohead whilst they readied themselves for action. “DB actually found us a few years before we actually signed. They discovered us at the same time as they discovered Tom McRae and we just kept in touch and had a developing relationship with them. We knew they wanted to sign us and we got on with everyone. We’ve had interest from other labels over the years, but it wasn’t like there was a massive bidding war or anything. When we felt a bit more ready, we just asked for a record deal and they said yeah.”

As a band created as school friends, with a long history behind them, crafting a compact introduction to their oeuvre must been an olympian task. Two prolific songwriters and seven years holed up in rehearsal studios and each other houses equal one hell of a lot of tunes, sparring for a place on the track-list. “It was a gradual process of elimination. When we started making the album, we had about forty or so songs in the running and we gradually whittled it down. We actually recorded about twice as many songs as are actually on the album.” As befits a band with slightly prog-rock overtones, ideas of setting up for recording where dismissed in favour of getting back to the country. “We recorded at a little studio just outside of Bath called NAM, it was a slightly more rural location.” Their choice though of man on production duty was probably a little more surprising. “We had Chris Hughes, he produced the Electric Soft Parade and Tom McRae albums as well and he used to be the drummer in Adam & The Ants. He used to be Merrick.”

With a raft of multi-instrumentalists in the band and ‘more instruments than musicians’, Psychid set to work on their debut. Red light fever would strike many bands, bedazzled by the vast array of directions before of them, but Marcus is utterly enthused about the studio-life. “We don’t like being stuck with the traditional format of two guitars, drums and bass. A lot of bands go into the studio when they’re making their debut albums and lay down their set and it’s quite a simple process, but we were really using the recording process as a creative process as well.”

Writing and recording seem to be the twin paramours of Psychid. It may be against the indie law, but touring holds relatively little sway with the quartet? Why tread the boards in front of warn beer stained floors when you can lock yourself up at home crafting your own off-kilter epics? “Before we signed, we never used to tour or do anything like that. We used to do sporadic gigs and change the set every time we play.” In order to make the live experience, well more of an experience, Marcus and his chums are already cooking up plans for future Psychid spectacles. “What we’re looking for at the moment is interesting venues which aren’t used for gigs, like empty office blocks or abandoned science theatres or something.” Or perhaps an amphitheatre... oh hang on, has that been done before?