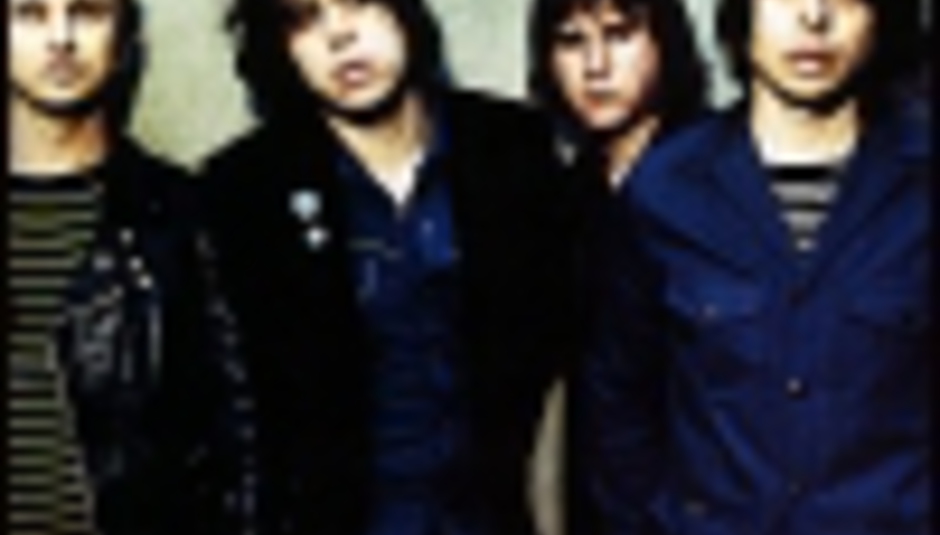 by Chris Hilliard July 9th, 2003
Whilst the music of Rocket Science would hardly require an actual bona-fide rocket scientist to digest, it does seem to emit a certain propelled energy. The spirit of the adrenal gland is seemingly theirs to pump. New single ‘Being Followed’ has more than a hint of the Inspiral Carpets about it (courtesy of Roman Tucker’s rampant organ), albeit a Carpets allied with Chic’s rhythm section. As to the font of these fireworks, Tucker looks no further than his beloved hometown. “The thing about Melbourne is there are heaps and heaps of venues to play live music and so there’s lots of opportunities to play. There’s really good community radio in the area as well, so you don’t have to rely on commercial radio or labels or anything to get your stuff out. It’s a very vibrant little scene.”

The various scientists were all bit-part players of that scene, playing in small bands as friends-of-friends before Roman brought them together. Honing of their combined talents on stage was an inevitable progression. “I love the whole emotional thought of a live show, building up into a space where I don’t think about anything but the moment. It’s just a really cathartic experience for me, I love the energy of wild rock & roll.” Perhaps down to spiky impudence or maybe a hunger driven by many a Melbourne pub gig in another guise, but the band also wasted little time laying down their tunes on lacquer. “When we first started, the album we put it out first, we’d only been together four months when we recorded it.” Their 2000 debut ‘Welcome Aboard The 3C-10’ seems to be symptomatic of their fiery, take-no-prisoners approach. “We didn’t have a deal when we recorded it. We organised it ourselves and I had a friend who was producing at the time in Australia and basically we did it all live over a weekend and then at nights and at any time we had spare, we’d do vocals and overdubs later. We did it pretty much over our own backs, paying it for ourselves, but it just turned out Modular over in Australia really, really loved it and so they released it.”

With recording of their follow-up album ‘Contact High’, the band could afford to take a slightly less frenetic approach to record-making... not that it seems they actually did. “With recording, I don’t think it has to represent what you do on stage, but at the same time, I don’t like losing energy. Often we will play together when we record so it enables the sound to be in the moment and it has a feeling of excitement. Otherwise you can lose that energy of wild punk rock & roll band.”

Four years on from their inception, Rocket Science seem to have the antipodes sewn up and their eyes on bigger prizes. “It’s been a building process over there. We’ve toured fairly extensively and we’ve had national airplay around Australia and played the larger festivals there and we’ve built up a fanbase there. We enjoy Australia and playing there, it’s a really good scene over there.” The sheer geographical distance of Australia is something the band have seemingly taken to their advantage as they prime themselves for this country. “No one really thinks they’re going to be playing in the UK or Europe or America, especially a few years ago when rock wasn’t really popular. We were playing for ourselves, so I think that provides a space for some kind of nurturing of your art.”

Resting on their laurels is of course would be entirely out of character for this manic quartet and between conquering new continents, work has begun on a third record. “We’re doing heaps of writing at the moment, every spare moment getting together trying to come up with new songs and ideas. Its a really creative, exciting time for us.” Roman especially is keen to explore new musical territory and escape the label of being just a garage rock band, though whether his exploration of the hip-hop garage- rock hybrid will yield fruits for the next record, he’s not quite so sure. “Our publishing company organises once a year for a whole bunch of Australian artists to get together that don’t have necessarily any connection with each other. They send you out to these mountains and it’s like a millionaire’s mansion. I just had this weekend where I worked with this hip-hop guy and so that was like two totally separate worlds coming together”.

Just a few years back, they’d be sweat-encrusted, crossing deserts in a beat-up van. With weekend retreats and world tours penciled in, the fortunes of Rocket Science seem to be rising. “When we first started, we had to drive everywhere and traveling across is a really formidable thing to do. I think Adelaide takes 8 hours, so you drive all day and then you get out of the van and then you’ve got to do a gig, its really intense. Out of the four only two of us drove, so the other two would just get pissed and sit in the van. Now we fly.”