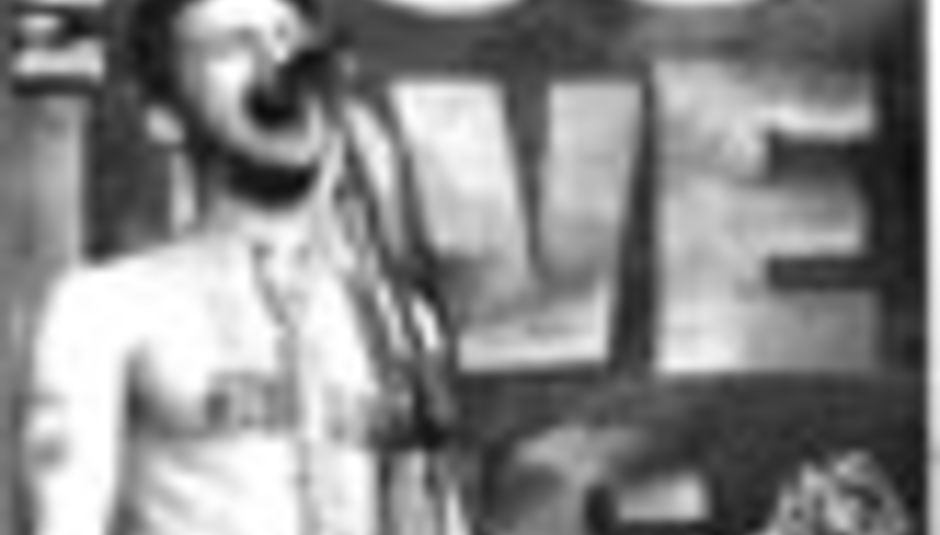 "As someone who's nearly tone-deaf with no sense of rhythm..."

"As someone who's nearly tone-deaf with no sense of rhythm..."

by holliy July 9th, 2003
Manics-inspired, Lamacq-endorsed, jaw-droppingly broad in scope and having branched out into a fantastic gig promoter and record label, the mammoth and long-running R*E*P*E*A*T fanzine has reached the status of something of a Cambridge legend. With the 20th issue just out, co-founder and general zine-meister Richard Rose answers a few questions about his progeny:

So, give us a brief summary of R*E*P*E*A*T in general and the new issue in particular:

R*E*P*E*A*T – a mess of highlighter and Pritt Stick - begun as a Manic Street Preachers fanzine. We’ve tried to keep true to that inspiration in that we’re as interested in ideas, books, images, politics, films, history, attitude and chips’n’buns as we are in music. Having said that we carry hundreds and hundreds of demo, CD and live reviews – but as with everything we’re usually more excited by energy, adrenaline, intelligence, passion and commitment than we are by mindless musicianship – what’s the point of playing a diminished seventh if you’re not using that to convey something to the listener?

How did the record label come to grow out of the 'zine?

Just cos we were seeing things on a weekly basis far, far better than the stuff we were being sent every day. At the time it seemed a really obvious and easy idea to put out a record by one of the earth-shattering bands we were involved with, and in one fell swoop sweep away decades of musical shit that blocked up our ear holes and letter boxes, while simultaneously saving the world. We chose Freeboy and The Saffs for our first releases; Freeboy for the fantastic throw away pop-popiness of their tunes, and The Saffs for their scuzzy, sleezy, glammed up pop-punk sound and audience. The more astute amongst you may have noticed that capitalism hasn’t collapsed since we put these records out; however members of Freeboy are still active in The Secret Hairdresser and Volunteers while The Saffs legacy is continued via Right Turn Clyde (now on Deck Cheese Records) and the wonderful Neo.

What are the things that keep you inspired enough to carry on with the fanzine, gigs and label in the face of the general apathy that so much of the world seems unable to snap out of?

If you could delete one band from history, who would it be and why?

obviously as they propagated the notion that pop music is about MUSIC above all else - as someone who’s nearly tone deaf with no sense of rhythm, I find that particularly offensive. They were respectable and loveable mop-tops and were 'great composers' who wrote hummable songs that make you happy and which 'sound at home being played by an orchestra' and you could take them home to meet mother and they had their hearts in the right place – just like Coldplay – and every fucker likes them - and that’s why their legacy is so poisonous.

Do you think the Manics have become obsolete? Has it been difficult maintaining your enthusiasm for R*E*P*E*A*T while watching the band who inspired it in the first place slip into decline?

The Manics, hmmm… Without them, R*E*P*E*A*T would never have existed. They are the only band in my adult lifetime (so far!) to combine energy, beauty, adrenaline, bookishness, politics, anger, honesty and intelligence with melodic punk’n’rock songs to DIE for! They changed my life totally: the way I think about the world and about myself, the books I read, the records I listen to, the people I talk to and respect. They made me want to become more than just a passive consumer, and thus R*E*P*E*A*T was born. Of course they, like everyone, have gone on to get old and fat and to put out some records of dubious quality. However there’s still no one else who can remotely come close to what they try to do; when bands like Kinesis or Miss Black America put ideas and ideology in their songs they’re accused of 'ripping off the Manics', and if you talk of being less than perfectly happy with our wonderful world and yourself, then obviously you’re just 'copying Richey' (the only one who hasn’t publicly grown fat and old). It’s a testament to how truly epoch-defining they are that they are still the only markers available to describe bands who are interested in more than their skateboards, their ganga and their effects pedals! The best defence of the modern day Manics I’ve ever read is actually printed in the new R*E*P*E*A*T, it sends a shudder down my shine every time – I wish I’d written it!

Been to any great gigs lately?

Most gigs I go to I organise myself, I try to put on the bands I want to see (within certain constraints).

Organising the Young Performers Tent at Strawberry Fair was pretty funny, smuggling in the Grrl Powered howls of We Can Build You, the dancey subversion of The Azadi Collective and the in-your-face punk rawk of R*E*P*E*A*T’s own Hammers into that doggy on a string / hippy in a puddle fest gave me quite a thrill.

Kinesis and Miss Black America at Bedford was rather special – energetic and scuzzy and messy. As were ADF at Cambridge Junction – such a joyful, powerful fusion of indie, rock, rap and Asian cultures into a musical pickaxe aimed at the heart of Fascist ideology.

Do you reckon the current tendency of fanzines to give up producing paper issues and move to websites is a good or bad?

Bad. I love our new look website and I’m very, very proud of it, but that’s cos it realises that it can’t replace the ‘zine and that it has to respect the ‘zine; the computer is learning to produce something as rough and ready and subversive as the paper fanzine but still lags behind it – you can’t beat cut and paste!! But then web sites are easier to produce, more up to date and cheaper to do – which is half the point of a fanzine! It’s just that I don’t want to give up the fantastic feel as the first loss-making, back-breaking, Stella-swaffing, glue-gobbling paper fanzine falls out of the photocopier ready to be stapled, nor the satisfying plop as 'Rubble and Shit' (or some such favourite ‘zine) comes through my front door.

That ‘Fuck The Jubile’ 7” single, on limited red translucent vinyl, featuring Neo and The Virgin Suicides, was probably a highlight. Getting The Hammers on national TV was probably another. Annoying the fuck out of the local established ‘scene’ is also quite enjoyable. Receiving mail from around the world saying how much they like the ‘zine or the releases or the website is gratifying. Getting 20 people to pay £3 each to see a bunch of angst ridden, drunken kids relieve their frustrations through their music is pretty gratifying too.

Recommend us a few bands/zines/sites to check out?

And for the sake of all those who've agonised over the question in the past - what's best, chips or cream buns?

Chips of course, but I’m thinking that gold bears and vanilla coke may in fact be better (I’m trying to give up on eating!).