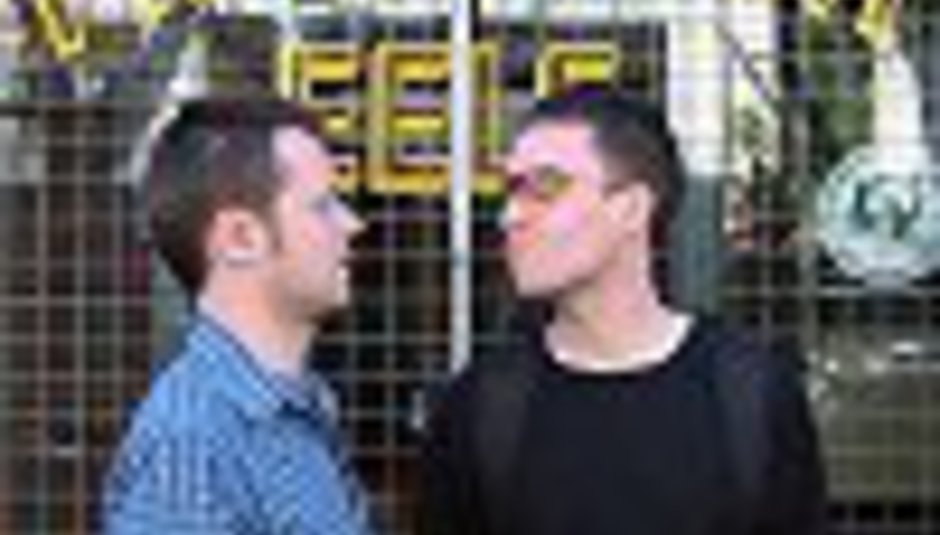 "All our songs seem to be about killing women!"

"All our songs seem to be about killing women!"

So why do you sing in an American accent?

There's a silence. Steve Adams has been preparing for this question for two years. He still doesn't know the answer.

"I read this interview with [mumbly Scot-folk legend] Alasdair Roberts and he said something like, 'I think it's disgusting that none of these English country bands sing in their own accents.' It's alright for him – he's got a gorgeous accent. What are the rest of us meant to do?"

He's got a point. Imagine a post-'Parklife' Damon Albarn wrapping his mockney whine around Will Oldham's classic country hymn 'I See a Darkness', or Noel Gallagher returning the favour and covering a Ryan Adams tune, and you can see why Adams feels so at home with his transatlantic yelp. While American accents evoke tumbleweeds, torment and liver-lacerating drunkenness in deep south saloons, British accents evoke warm beer, cold chips and karaoke nights in working men's clubs.

"The only justification I can think of is that I've spent all my life in bands trying to sing somewhere in between Damon Albarn and the guy from EMF, so I've never really sung in my 'proper' voice. I think... when you're singing in another accent, it's as though you're acting. It also gives you more freedom to try new things and write about stuff you wouldn't normally."

If that's true, then Steve Adams is one hell of an actor. Formed two years ago from the embers of indie would-be-goods Hofman and tragic post-rock colossi Gwei-Lo, the Broken Family Band have spent the past two years hauling their heart-lashing, banjo-bashing, boozed-up country missives around Cambridge and London, quietly becoming one of the mightiest new bands in Britain. And like all good ideas, from line dancing to giving the US presidency to a mumbling, bungling fool, it all began in Texas.

"After Hofman split up, I thought we needed a holiday, so me and my girlfriend went to Austin, Texas. I got in touch with this band that I'd heard were really good, called Knife in the Water, asked them if they were playing any gigs, and they replied and said, 'yeah, come and see us.' So we did, and we stayed with them and got to see loads of really cool bands in the process."

It was that trip that began a musical epiphany that would eventually see his new band take shape. Instead of raping the tired corpse that was British indie, that trip to Texas began to open Adams' eyes to the kind of wonderfully warped, soul-scarred, cross-eyed country that the band have since made their own. It also introduced them to a raft of superb bands, and they now consider kindred spirits like Herman Dune, Royal City, and Knife in the Water as part of their bizarre extended family.

"It's so different over there. In the places where we hung out, you'd meet loads of people so much more open to trying new things. It must've really given me a kick up the arse, 'cos when I got back, I thought I'd get into writing the songs, instead of people always writing songs around me. So I pitched the idea to Jay (Williams, lead guitarist), and played him some stuff that sounded like country music, and he played some stuff, and that sounded like country music as well."

Now, after two years of juggling gigging and recording between jobs, the band release their "proof-that-we-mean-business, tear-inducing, war-abolishing", debut album 'Cold Water Songs' – one of the most boisterous, bashful, bizarre and unutterably brilliant records of the year. Built from blood and booze, sweat and sleaze, it's filled with all-too-English tales of drunken losers, out of luck and out of love. From the barbed cynicism of 'Twelve Eyes of Evil' and 'Mess Around' to the yearning, earnest ache of 'Song Against Robots', it's a record that throbs with a huge, thumping heart, buried beneath the world-weary emotive power of Steve Adams' songwriting. Anyone who's ever been in love will weep oceans to the soul-shudderingly perfect lost-love lament of 'The Mardis Gras Rescue Mission.'

What do you write your songs about?

"I don't know really. They all seem to be about killing women! When we started, we just said, 'let's do some funny country songs that we can play down the pub. The rule is, all the songs have to be about booze, women and Jesus.' There is a lot of stuff about religion on there, not because we're trying to be too serious about it, and make some really important comment on Christianity. I just like the idea of messing about with really grand themes, but on a smaller scale."

How do you rate the Cambridge music scene?

"I don't think there is one. That's not to say that there aren't any decent people making music here, 'cos people like Lionshare, Right Turn Clyde, Um and all the electronic stuff like Andrew Coleman is really good. I think it's just that there aren't enough venues in the city to really sustain a scene. We also tend to think of ourselves as more as a London band than a Cambridge one, simply because we play so many gigs down there, and we've made so many friends. Again, we're not having a go at Cambridge, 'cos its been really ace to us, but I just don't think we're that popular with the right people."

Popular or not with the East Anglian intelligentsia, the band's star is exploding. The next time you see them, the Broken Family Band are breaking hearts, mangling their amps and strangling their guitars before a huge crowd, filled with fey indie kids, crusty, tie-die hippies and sweat-soaked beer boys at the Cambridge Strawberry Fair. On the show stealing set highlight 'At the Back of the Chapel', Adams howls at the moon, aided and abetted by the brilliant axe-bashing of Jay Williams and Mick Roman & Gavin Johnson's precision-perfect rhythm section.

Fuck country music. Truth is, if there's been another British band making music this surreal, sarcastic, sensitive and sublime since four floppy-fringed Mancs had a 'Hatful of Hollow', then I haven't heard them. And with back-slapping endorsements from the likes of John Peel and a soon-to-be-legendary headline set at St Luke's Primary School Barbeque, the band thrash through their new material with the cocksure confidence that every curious gigger at their shows is a potential convert to their twisted, cultish cause. Being brainwashed has never sounded so good...

Interview carried out with the assistance of the excellent Mr Tom Eyers, who probably would not want you to know that he's growing a beard to rival Will Oldham.