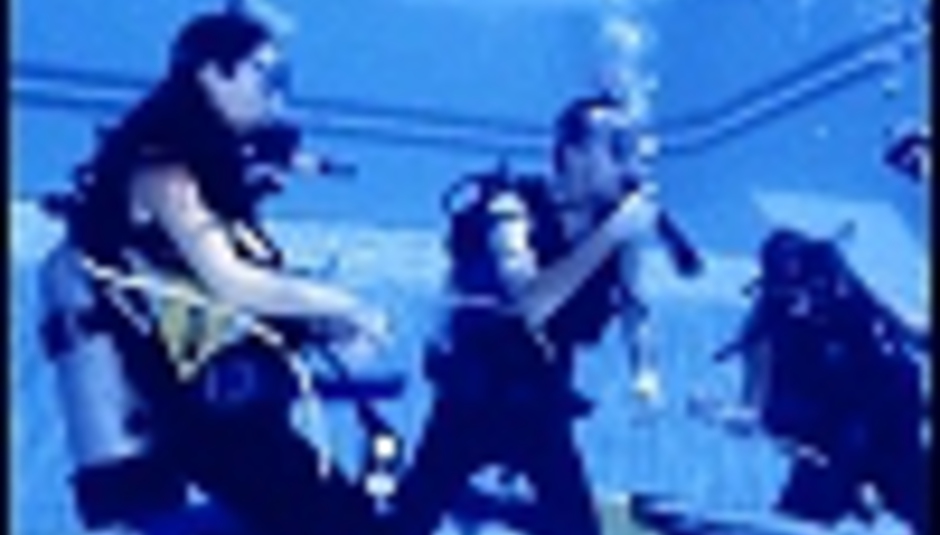 by Colin Weston May 27th, 2003
With the help from the University Of Essex Indie Society (aka IndieSoc!), Dis comes back with another dose of pop, this time coming from Oxford, Hull and the chic world of the YYYs.

FONDA 500
From the harbours of Hull come one of the UK's finest indie-pop bands. They mix talent with humour and odd hats! After a fantastic gig @ The Brixton Windmill for the DiS Xmas Party, the band have grown in stature and gained exposure from recent supports with Athlete on a nationwide tour and the Astoria with Simian.
Their sound has been described by TimeOut as "Beach Boys style harmonies; Cornelius style electrickery and Beatlesesque melodies." The more days pass, the more people catch on. Catch 'em while you can.
"Messy, confusing and daft, and utterly wonderful for it!" NME
"Charm, wit and the promise of greater things to come!" The Observer
"Fonda 500 do tongue in cheek nonesense electro perfectly. Everyone should have this." Flux

THE LOVES
Track & Field starlets break up the Truck Records theme. The Loves come fresh from a wee jaunt with the YEAH YEAH YEAHS & Ikara Colt. The 'chic'-indie-garage-rockers' last single 'Just Like Bobby D' and the support dates have gained the band a strong following. With a new album and EP due out later in the year, the band are playing this to spread their gospel ever further and prove they are as good as any of their contemporaries.
"A fizzy Spector and Velvets cocktail with a few Eastern spices thrown in for good measure." Pennyblack Music
"The Ramones playing The Supremes." Honk Magazine
"A wide-eyed retro chic indie pop sextet that sound like Belle & Sebastian playing at being The Stooges." NME

BLACK NIELSON
Going from a band such as Orko who cited Radiohead & Mogwai as influences, to becoming a band to rival Grandaddy & Sparklehorse is a task many would consider impossible but Black Nielson and lead man Michael Gale have done just that.
Swiftly picked up by Truck Records, and soon after by the likes of NME, John Peel, Mark Radcliffe, Steve Lamacq & The Fly, as ones to watch, the future is bright…
"Beautifully schizophrenic." Time Out
"A hazy psychedelic folk lullaby in a vaguely Flaming Lips sense" Night Shift

DIVE DIVE
A band that has undergone so many name changes you would have thought they were on commission for each name used. Formerly known as Crudo, Mote & Fighting Gandhis but will always be remembered by most as Dustball and now, 8 years after the original formation they are still as vibrant and exciting as they were back at the beginning. One of the most important lights in the Oxford music scene
"The spirit of The Undertones infused with DC hardcore dynamics and Television's subtly warped fretplay, Dustball throw out sweet curve balls like 'Play At Work', but there's a belligerent hormonal anger behind everything they do. If they weren't so pale and skinny, they'd be terrifying." NME
"A 150mph dash through the night with the headlights turned off." Night Shift

Admission: £4 (or £3 with a flyer or Drownedinsound badge!)