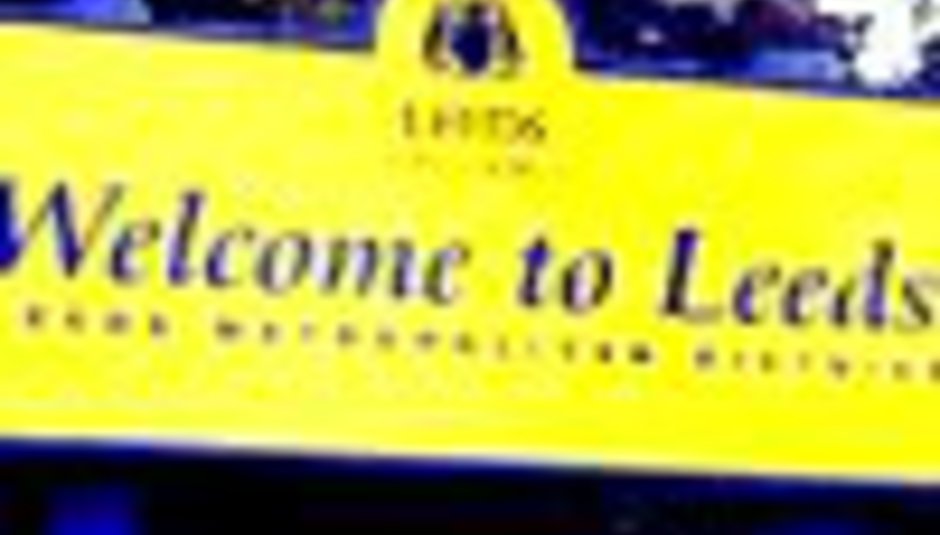 by James Meehan May 10th, 2003
Leeds. That bit that southerners like myself think lies somewhere between Birmingham and Manchester is allegedly the fastest growing city in Europe. Someone high up has decided that Leeds should be the capital of the north, and they have a good argument. Manchester is great. It's huge, it's got everything you could ever need and a world famous football team. But it is also a dirty, crowded, crime-ridden northern hell hole. Leeds is also a dirty, crowded, crime-ridden hell hole, but Leeds is changing. They are making it pretty, they’re cleaning up and rebuilding, worse, they’re making it fashionable!

When I moved to Leeds, I was assured it was the home of live music. If a graph were made of Live musical highlights it would have some huge peaks. We’ve got the Leeds Festival, The Who recorded one of their greatest albums “Live at Leeds” at one of our universities and The Music began life up here. On the downside Chumbawamba come from Leeds as does Chris Moyles, but hey, London had the plague and we forgave them.

THE BANDS
The music scene in Leeds focuses around the huge number of students we have in a compressed space. As such the majority of unsigned bands are indie, punk, ska punk, hardcore punk, old school punk, oi punk and pop punk. Whilst diversity may not be on the agenda just yet, there are a few gems out there that are well worth keeping an eye on.

Juxtaposition, comprised of two set of brothers from Otley just outside Leeds are meeting enthusiastic reviews everywhere they play and are surely on the way up.

The Dead Pets, a band I only recently stumbled across mix the ever popular genres of oldschool punk with upbeat ska. The thing that makes them stand out is that they do it so well. And so they should, they’ve been at it since 1992. You may already know the singer Sweeny Todd, since he was the punk guy conducting the orchestra on 'Faking It' over Christmas.

In the same vein, Mr. Dogg, Mr. Shiraz and Saving Lenny demonstrate the popularity of feelgood punk rock and ska. Mr. Shiraz in particular take the trophy of the day for being so like Less than Jake, and pulling it off.

THE VENUES
The key reason live music is so big in Leeds is the plethora of good venues. From the bottom we have the Royal Park Cellars, which houses many small student bands at least once a week. Slightly further up we have the Pack Horse and the Fenton which are both established gig-friendly pubs. Stepping it up a gear we have Joseph's Well which is where every band ever has played at least once. This chilled out pub has a large back room, and a great reputation for live music almost every night of the week including a weekly acoustic session every Sunday. Next up is The Cockpit. Three rooms and a decent capacity make for a great venue. Larger bands sell out easily making a great atmosphere. Smaller bands can fill most of it without it seeming dead. Good club nights too, though aimed predominantly at rock music. My personal favorite (‘cos I work there!) is Leeds Metropolitan University Student Union. With a 1600ish capacity and an expensive refit last year, this venue has hosted many of the biggest names in music over the last few years including Nirvana, Oasis, Feeder, and Andrew WK!

LIFE IN LEEDS
Away from the music, Leeds has a lot to offer shoppers and tourists alike. The Corn Exchange should excite all you alternative types with its bundle of skate, gothic and stoner shops. The city centre has all the usual high street stuff, as well as some bigger department stores. For a quiet drink, I’d recommend the Aire Bar, Citrus Café or Revolution. For the livelier types, try the courtyard, Bourbon or The FAB Café.

www.leedsmusicscene.co.uk - if it's music and it's in Leeds it’s here.

www.leedscityguide.com - all the up-and-coming attractions in the Leeds area.

www.leedsmusicfestival.co.uk - it's better than Reading 'cos we have riots then get the bus home!

www.thecockpit.co.uk - legendary venue under the arches.

www.josephswell.co.uk - great place for small bands to showcase their skills.