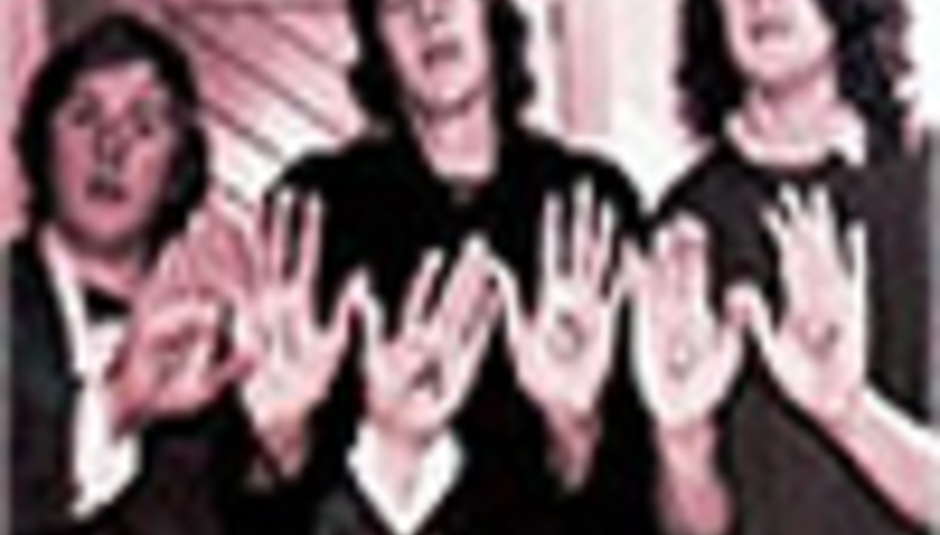 On Tues 29 Apr @ the Dublin Castle, Camden, we team up with Club Fandango again. This gig sees the London debut of new Rough Trade signings Eastern Lane, along with the noize terror of Youth Movie Soundtrack Strategies, Malowski and Shortwave Set.

Weds 30 Apr @ the Windmill, Brixton, is our regular night of "loud Wednesday" rockingness with another London debut of one of our fave new bands, Sheffield's After The Silence, as well as Reagan and Siamese (featuring ex-members of Silver Sun and Menswear, which they probably don't want mentioning so in that case forget I said anything).

Details for both are... here:

are from Oxford and play stop-start bursts of aggressive hardcore dynamics mixed with floaty, spangled drifting touching on everything from Minor Threat to Rothko. Indeed BBC Oxford described them as "like two seperate bands simultaneously, one a bludgeoning hardcore beast, and one a dissonant, experimental miasma".
ONSTAGE AT 10:45PM

..EASTERN LANE are new signings to Rough Trade from Berwick-Upon-Tweed and name check Love, the Stooges, the Pixies, the Velvets and Joy Division amongst their influences. To date, they have played no more than a handful of gigs and are here to give us a sneak preview of their accomplished debut album 'Shades Of Black' (released May 5th)
www.roughtraderecords.com/index.html?eastern_lane.html
ONSTAGE AT 10:00PM

..SHORTWAVE SET are compared to van dyke parks, or Brian Wilson as mixed by the Aphex Twin, and sung by Nancy and Lee. Wonky electronics, alcohol and Marlboro 'lights' straight outta Battersea via the French Riviera.
ONSTAGE AT 8.30PM

AFTER THE SILENCE
..Translucent, shimmering effects lend perspective to deep, progressive riffs and raw, sleazy vocals that convey driving, emotive melodies. Easy pigeonhole for those who can't make up their own minds: a younger Cooper Temple Clause.
www.afterthesilence.co.uk
ONSTAGE AT 9:45PM

.. plus nu tunes inbetween from the likes of the Transplants, !!!, Blur, Radiohead, Biffy Clyro, Medium 21, Arab Strap and so on.